Andrea Constand, a Bill Cosby accuser whose allegations helped put the comedian behind bars, has released a statement along with her attorneys after the 83-year-old was released from prison.

In the statement shared to Twitter, she called the conviction’s overturning “disappointing” and said that “it may discourage those who seek justice for sexual assault in the criminal justice system from reporting or participating in the prosecution of the assailant or may force a victim to choose between filing either a criminal or civil action.”

“On the one hand, the Court acknowledged that the former District Attorney’s decision not to prosecute Mr. Cosby was not a formal agreement and constituted at best a unilateral exercise of prosecutorial discretion not to prosecute at the time,” she continued.

“The Court also acknowledged that it agreed with the lower court’s credibility determinations, but nevertheless precluded a future prosecution, which included additional evidence developed in the civil case.”

The statement explained that Constand and her attorneys were not privy to discussions “between the former prosecutor and Mr. Cosby or his then criminal counsel, let alone signatories to any agreement of any kind.”

Furthermore, Constand and her counsel allege that they were not asked their thoughts concerning an immunity agreement.

“Once again, we remain grateful to those women who came forward to tell their stories, to DA Kevin Steele and the excellent prosecutors who achieve a conviction at trial, despite the ultimate outcome which resulted from a procedural technicality, and we urge all victims to have their voices heard,” the statement concluded. “We do not intend to make any further comment.”

In 2018, Cosby was convicted of drugging and sexually assaulting Constand, a Temple University employee, at his suburban Penn., estate back in 2004.

Constand met Cosby in 2002 when she was working as the director of operations for the university’s women’s basketball team. In court documents obtained by People magazine, Cosby claimed that Constand did not rebuff romantic advances that he made, while she disagreed. 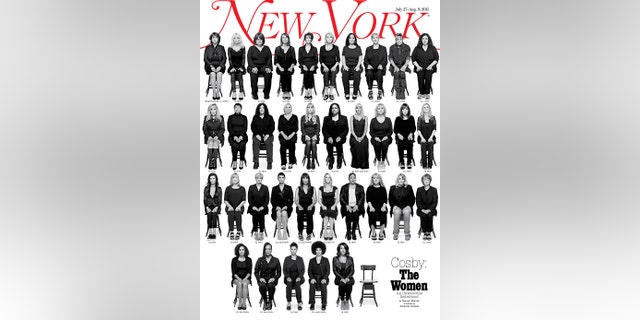 She alleged that the comedian, 35 years her senior, gave her what he called a herbal medication, but that it left her incapacitated and unable to speak or move while Cosby initiated sexual contact without her consent.

The disgraced “Cosby Show” star has served more than two years of a three to 10-year sentence at a state prison near Philadelphia.

The scandal hit a watershed moment in 2015 when a New York Magazine cover featured photos of 35 women who accused Cosby of sexual assault.

His conviction was overturned on Wednesday and the actor was released from prison.