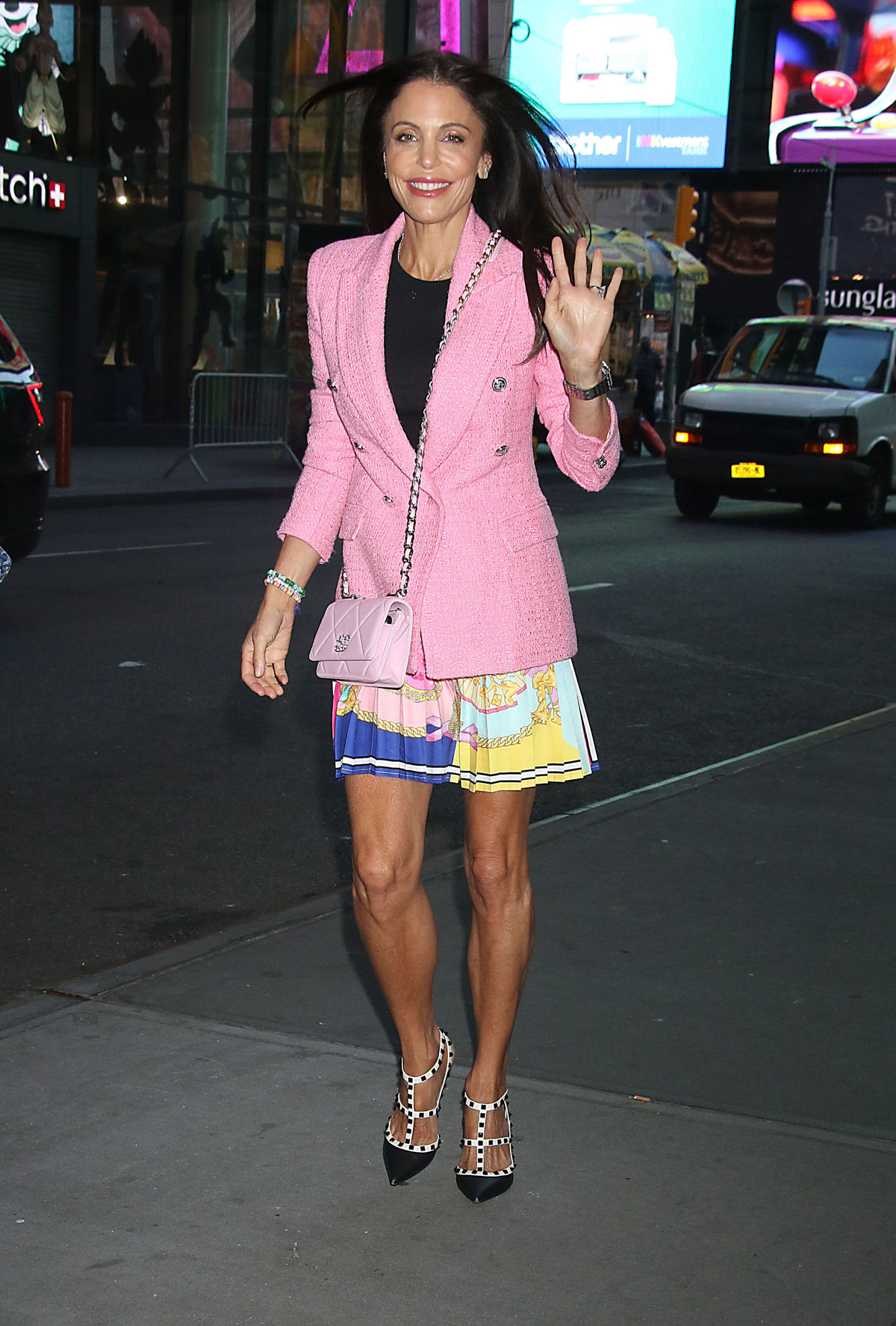 Former Real Housewife Bethenny Frankel has filed a lawsuit. And for once it’s not over her food and alcohol brand designed to prey on women’s insecurities. Bethenny is suing TikTok and it’s a class action suit. She says the platform is using her image to sell counterfeit products and she wants “to be a voice for change in the space,” as they’ve done the same to other creators.

Bethenny Frankel is suing TikTok over ads she claims used her images and videos to sell counterfeit products on the app.

She claims a September TikTok video she posted “was allegedly stolen and re-posted for marketing purposes by a company selling counterfeit products.”

“I want to be a voice for change in the space,” Frankel said, claiming other creators are facing the same issue.

Bethenny Frankel has filed a class-action lawsuit against TikTok over ads she claims used her images and videos to sell counterfeit products on the app.

In a statement from her lawyers at law firm Morgan & Morgan, the “Real Housewives of New York City” star says that a September TikTok video she posted “was allegedly stolen and re-posted for marketing purposes by a company selling counterfeit products.”

Frankel seeks compensation for the “significant damages to her business and reputation, as well as broad changes to impose stricter regulations regarding TikTok’s advertising,” her lawyers said.

“It came to my attention that TikTok was disseminating videos using my proprietary content without my consent to sell merchandise with which I have no affiliation,” Frankel said in a statement. “I’ve discovered that this is a widespread issue affecting creators of all sizes across the space. It’s unacceptable, and I want to be a voice for change and use my platform to create a shift in the industry.

“I want to be a voice for change in the space,” Frankel continued. Her lawyers called for other creators who believe their content was used in scams to contact them to potentially join the suit.

TikTok did not immediately respond to Insider’s request for comment.

You could tell me anything about Bethenny or any Real Housewife’s personal life and tenuous legal situation, and it would be pretty unsurprising. This scenario wouldn’t have made the list, honestly! Rather, it’s not surprising that she’s suing over something related to her brand, but that it’s TikTok and it’s a class action suit is the shocking part. Class actions are intended to benefit others as well and I wouldn’t have guessed that from Bethenny. Although the “voice for change” language is a bit melodramatic. C’mon, it’s TikTok. Overall, she’s right to sue. If she’s not a part of the product, they shouldn’t be allowed to use her image to sell merchandise with which she has no affiliation. And it’s bad for her brand to be affiliated with counterfeit products. If companies are using her image, she should get a piece of that pie or stop them entirely. On this one, narrow, issue I think Bethenny is right. It also looks like TikTok needs to address this issue and with this class action lawsuit, they may be forced to.