Ben Affleck has a special co-star in his new commercial for WynnBET — his on-again girlfriend Jennifer Lopez’s mother, Lupe Rodriguez!

Ben Affleck, 49, got a special someone to make a cameo appearance in the actor’s new commercial for WynnBET, a new mobile sports betting and iGamin app. So that special someone must be Jennifer Lopez, right? Well even though the rekindled couple is going strong again, J.Lo, 52, was nowhere to be seen in the commercial — but the woman who gave birth to her was! That’s right, J.Lo’s mother, Guadalupe “Lupe” Rodriguez, 75, briefly appears in the WynnBet commercial, which Ben both stars in and directed.

Lupe’s big break comes at around the 1:00 minute mark of the 2-and-a-half minute long video, which was released on Aug. 30. Lupe is hilariously cheering herself on at the slot machines at Wynn Resorts in Las Vegas. “Come on, Lupe! You can do this girl,” she says aloud, adding, “Just like the slots in St. Louis.” Lupe’s comments are overheard by Ben, who is walking nearby her and says to himself, “St. Louis?” Moments later, Lupe has an expressive reaction to her slot machine, indicating that she may have just won big! 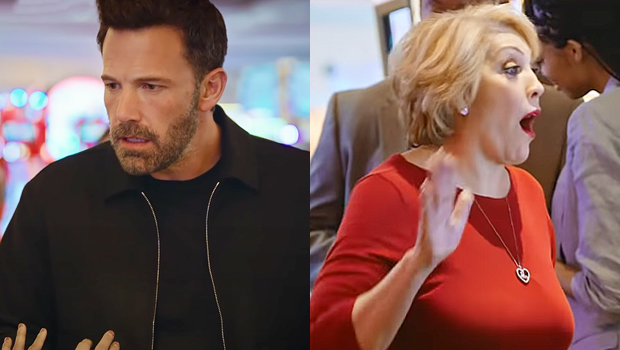 The commercial also features appearances from NBA legend Shaquille O’Neal, actor Melvin Gregg, and other avid sports betters. Ben shared a snippet of a behind-the-scenes look at the commercial on Instagram, writing, “Here’s a look at the spot I directed to launch @wynnbet —a new sportsbook app that makes betting a team sport. Always fun teaming up with @Shaqand @melvingregg.”

Ben filmed the WynnBET commercial with his star-studded co-stars, Lupe included, on June 9 in Vegas. The group was photographed on set at the time, and Mama Lopez could be seen standing around the slot machine as she enthusiastically put her arms out while chatting with a camera man and other film crew. Ben was also all-smiles as he sported a short sleeve black t-shirt while milling about the set. 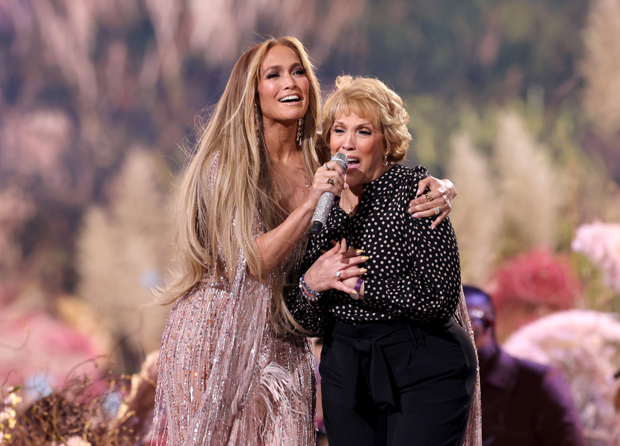 As fans know, Ben has been nearly inseparable from J.Lo since the pair got back together in May 2021. Bennifer has basically been going basically full steam ahead and have enjoyed vacation and trips together with their children, including J.Lo’s twins Max and Emme, 13, whom she shares with ex-husband Marc Anthony. The duo were also photographed house hunting together across Los Angeles prior to jetting away to Europe to celebrate J.Lo’s 52nd birthday back in July.

Recently, Ben was photographed at Tiffany & Co. in Los Angeles with his mother Chris Anne Boldt and son Samuel, 9, browsing rings in their little signature Tiffany’s blue boxes. It still remains unclear who the Argo actor was shopping for, but he and J.Lo later returned to the Westfield Century City shopping center just one day later for yet another outing that they looked so loved up for.