Tampa Bay Rays prospect Tyler Zombro is clearly lucky to be alive today … the pitcher revealed he needed brain surgery after being drilled in the head by a line drive this month — and the scar he showed off Thursday is gnarly.

Zombro — who was struck by a comebacker in a minor league game on June 3 — posted pics from his recovery on his Twitter page … and it’s truly miraculous he appears to be okay following the scary scene.

Zombro showed the entire right side of his head was opened up by docs after he was hit by the baseball … and then later closed up with a grip of staples. 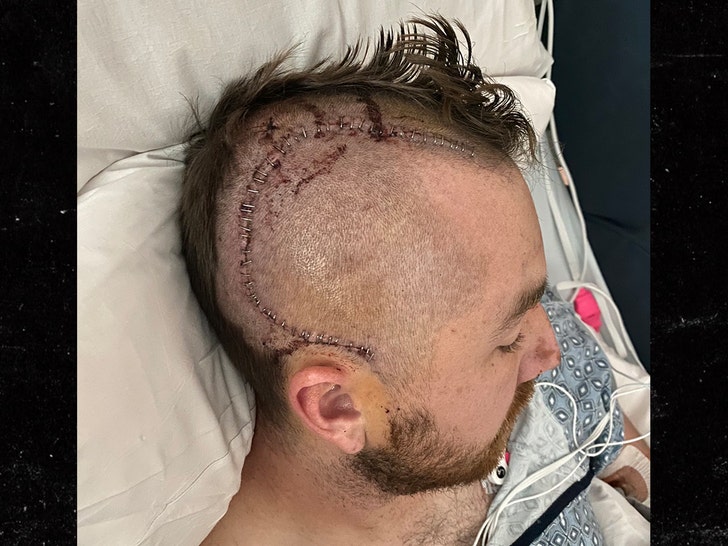 “Unbelievably grateful to be in the situation I’m currently in with the incredible help from @DukeHospital & staff,” Zombro said.

“To all of you that have showered my family and I with positive thoughts, I have no doubt that all of the prayer support kept God with me throughout that night, as I’m in a very fortunate position all things considered.”

The initial injury was one of the scariest incidents anybody’s EVER seen on a baseball diamond … Zombro let a fastball go and it was smacked right back at him.

The 26-year-old could be seen convulsing on the mound and was immediately rushed to the hospital.

In fact, things looked so dire, Zombro’s minor league team, the Durham Bulls, postponed their game the following day in wake of the injury.

But, Zombro said Thursday he’s doing much better … even cracking a joke about his sprint speed!

“In optimistic news: I’ve never been the fastest on the field so I may have gotten a boost after this surgery,” Zombro said.

Zombro added he intends to get back on the diamond eventually … though there’s no timetable for a return at this point. 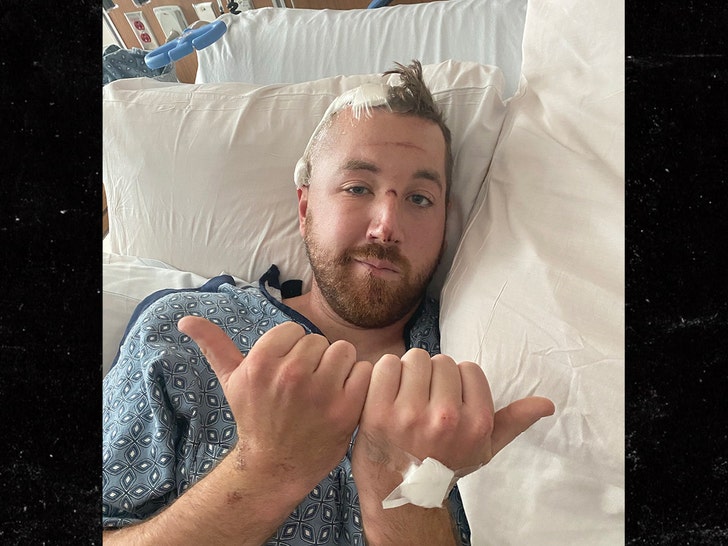 “Thank you again to the entire baseball community for the support,” Zombro said. “I’m one lucky guy and can’t wait to get back out there (whenever that is)! God Bless you all!”