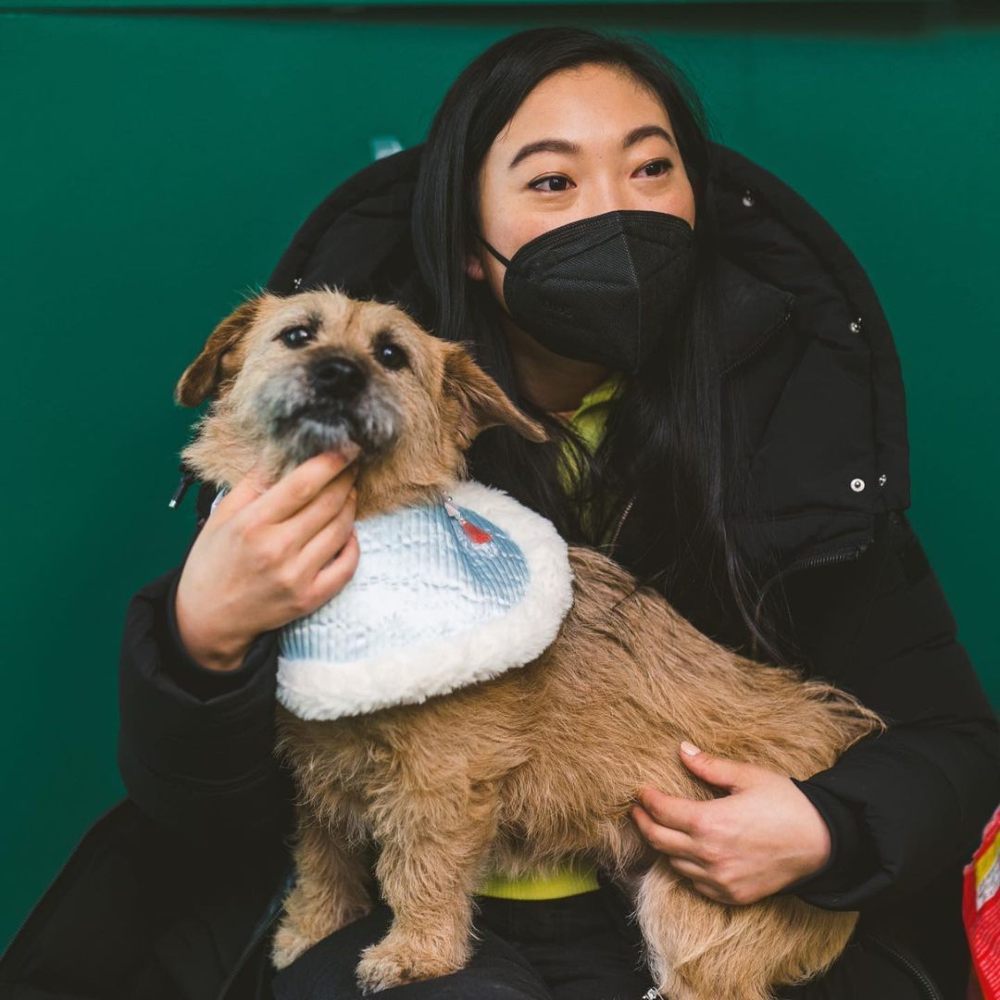 I love Friday pet days. And I especially love today’s because it’s a cause near and dear to my heart. Awkwafina, aka Nora Lum, just welcomed a new member to her family. Awkwafina and her amazingly talented cat, Gus, welcomed Haeng-Un, a three-year-old dog that she adopted from Korean K9 Rescue in New York. Korean K9 rescues dogs from the meat trade in South Korea and sees them welcomed into loving homes here in the states. Awkwafina, who is currently starring in Raya and the Last Dragon with Kelly Marie Tran, said on Instagram she had no intention of adopting a dog but saw the good work the organization was doing and wanted to support them. But then she met Haeng-Un and fell in love. Now he’s a member of the Lum home.

Awkwafina has a new furry friend!

The Raya and the Last Dragon star, 32, recently revealed that she adopted a pup named Haeng-Un — whom she was introduced to while working with Korean K9 Rescue, an organization based in her hometown of Queens, New York, that helps rescue dogs in South Korea.

“Everyone, meet Haeng-Un Lum, new to America and the newest member of my family,” Awkwafina, born Nora Lum, captioned photos and a video of the pooch on her Instagram.

“I first heard of @koreank9rescue, and their incredible work saving dogs from the meat trade, high-kill shelters and puppy mills in South Korea,” she continued. “Without planning on adopting a pup, I knew that I wanted to support their mission that relies on donations and flight volunteers to keep going.”

“I fell in love with this almost 3-year old nugget, and was truly moved by the care and hard work the organization does to protect these animals,” Awkwafina wrote, before urging fans to support the nonprofit.

“Welcome to the family, Haeng-Un, I love you very much,” she added.

According to an Instagram post from the rescue, Awkwafina met her new canine companion “a few weeks ago, and the rest was history.”

“We are honored to have her join the @kk9ralumni crew, and are so grateful for her support,” the organization said. “Our active alumni network is like a family, offering guidance, assistance, company, and even play dates for many of our pups. And we’re SO happy to welcome @awkwafina and Haeng-Un to the fam.”

There is video on Awkwafina’s Instagram of Haeng-Un rolling around in the snow that is so cute, it’s almost unbearable. It looks like she attended an adoption event, which is wonderful to know that those are happening again because like in Awkwafina’s case, they have great adoption success rates. As some know, I volunteer with the DoVE-Project which does the same work as Korean K9 Rescue but here in LA. So I’m going to provide a little context about some of what Awkwafina said, because it is very important and so fantastic she’s bringing attention to it. Most organizations, especially the smaller ones, have a sister organization in Korea and that is where the dogs go once they are rescued. Getting them to the US is very expensive. Many of the dogs don’t get brought to the US unless someone has begun the adoption process. And it’s a leap of faith to adopt a pup before meeting it. These adoption events often prove successful enough that orgs will set up the flights and fosters to bring over as many dogs as possible for it. But there is a huge expense involved.

A flight volunteer is someone that agrees to sign in a dog or two as their personal property on their flight from Korea to the US. It lowers the cost to the rescue and thus the adopter considerably. We love and honor our flight volunteers. But the pandemic has been brutal for overseas animal rescue. Nobody was flying so no flight volunteers. The dogs are coming in cargo. The cost is upwards of $2500 per crate (usually two dogs per crate, size permitting) and fluctuates at the will of the airlines. Our org was waiving the adoption fee and just charging transportation fee to help with the costs. All of this is to say, if you want to help and can’t adopt or foster, consider contributing to a transportation fund within an org.

But if you want to adopt a dog, I have dogs! Don’t forget about Jin and Oliver who are here in LA. Check out their updated profiles.

This is Danny from our Oceans 11 group. – he’s in LA so no transportation costs! Danny’s currently 8 months old and living in a foster home. He’s great with other dogs and pets. And look at that face.

And this is Whitney. Whitney is all personality. She’s Hollywood ready with a dazzling smile and a great dancer. Whitney’s still in Korea (at the rescue!) and just waiting for her US debut 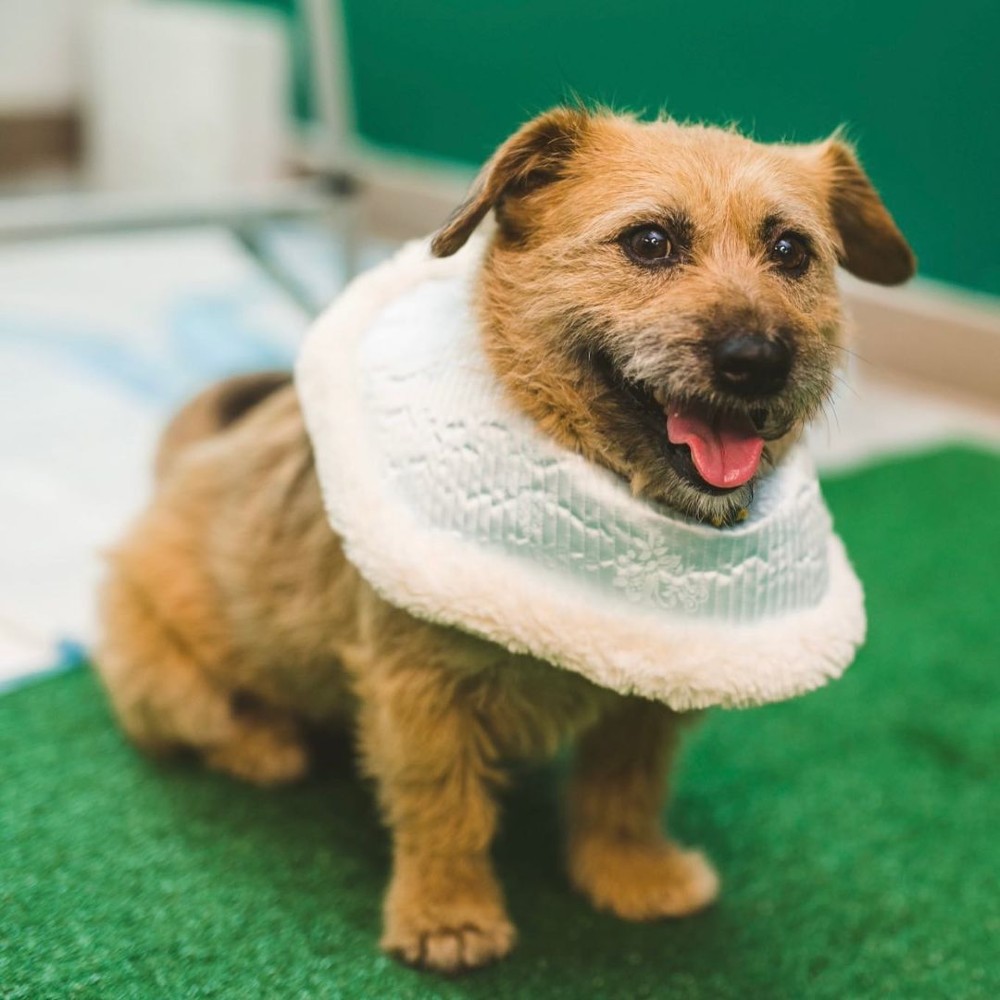