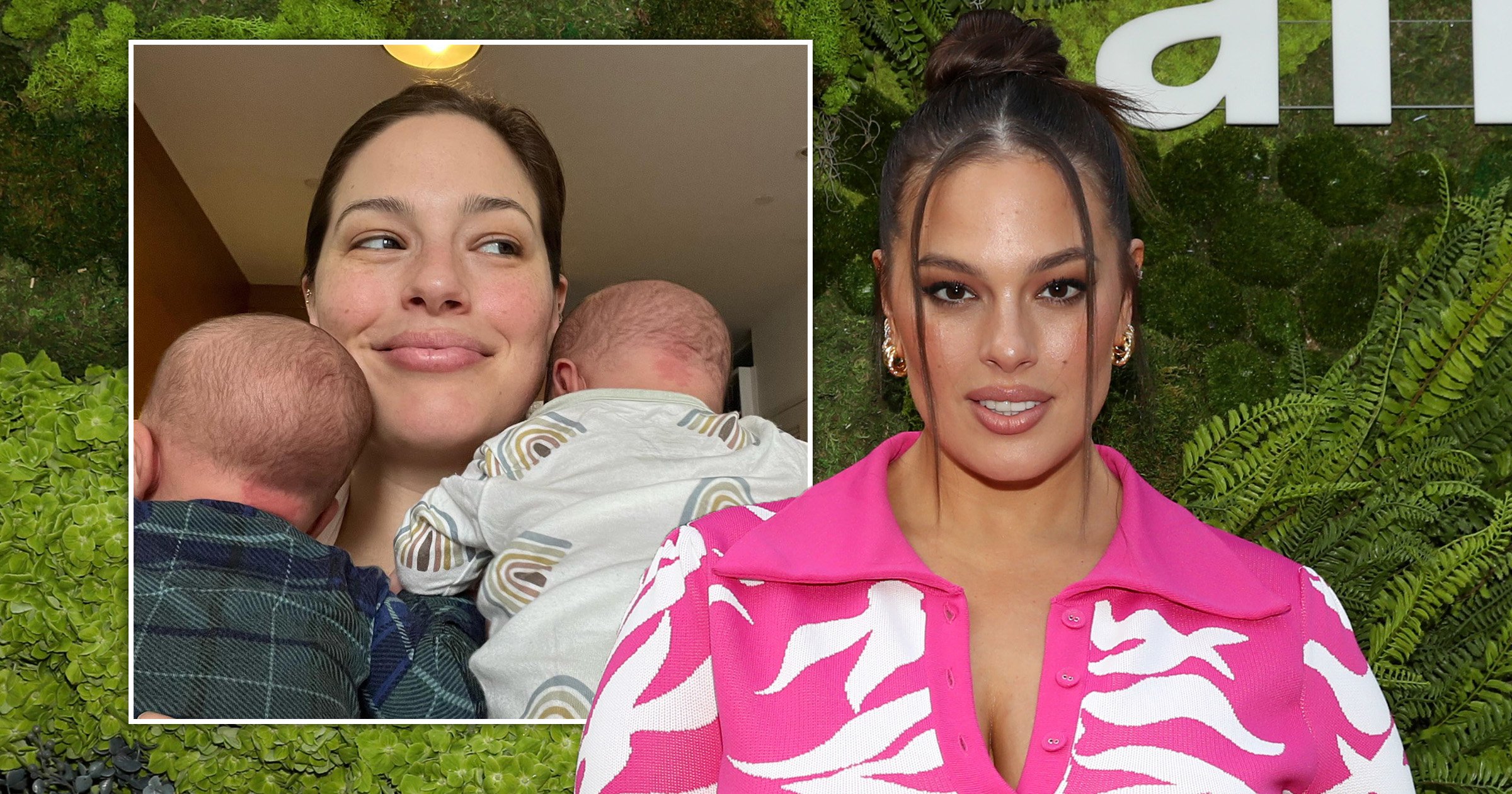 Ashley Graham has shared in ‘unflinching detail’ what occurred when she gave birth to her twin sons, remembering ‘seeing darkness’ after losing litres of blood.

In January this year, the model announced that she had welcomed her ‘happy and healthy’ twins with her husband Justin Ervin during a home birth, writing at the time: ‘I’m taking some time to heal up and connect with my husband and three boys.’ The couple also have an older son, Isaac, who was born two years previously.

In a new essay penned by Ashley, she explained that when she gave birth to her twins, they were astounded when the labour only lasted for three and a half hours.

However, she then told her midwife: ‘I don’t feel good. I think I need to lay down,’ realising later that she had haemorrhaged.

Writing in Glamour, the 34-year-old said that she ‘blacked out’, and remembered ‘feeling a light touch on my cheek’, which turned out to be someone smacking her hard in the face to try and help her come to.

She recollected ‘someone holding my hand, my husband Justin in my ear, praying, and someone jabbing me with a needle in my arm’, adding: ‘And I remember seeing darkness and what seemed like stars.’

When Ashley regained consciousness, she was told that she was ‘fine’, as the medical professionals around her didn’t want to tell her that she’s lost litres of blood, she said.

‘But even though they didn’t want to go into the details at that moment, I looked around the room, saw blood literally everywhere, and let out this deep, visceral cry – an emotional release from the chaos I had just experienced.’

While the babies were ok, Ashley lay on her bed ‘for four straight days’, and was unable to walk ‘for a week’.

The model expressed her huge gratitude to the midwives who looked after her, saying that it was a ‘miracle’ that they’d ‘saved’ her.

She spoke about how her childbirth has changed her relationship with her body, with the births of her three children impacting her mindset on the idea to ‘love the skin you’re in’.

Last month, Ashley was praised for sharing an unfiltered look at her body after giving birth the second time, as she shared a selfie of herself in the bathroom topless with underwear on.

‘Hi, new tummy. We’ve been through a lot. Thank you. #3monthspostpartum,’ she wrote in the caption.

When she announced the names of her twin sons, she wrote on Instagram: ‘Malachi & Roman. my boys have been the greatest teachers and biggest reminders that I can do hard things. This has not been easy, but it’s so worth it. still can’t believe I have 3 children. can’t wait to share my birth & postpartum journey with you all soon.’