AceShowbiz –Arie Luyendyk Jr. was left flabbergasted by the revelation of his baby’s gender. Finally uncovering that he and fiancee Lauren Burnham will be welcoming a baby girl into their family, the Season 22 star of “The Bachelor” revealed his initial reaction upon finding out that the early gender test they took misled them into thinking that they were going to have a boy. 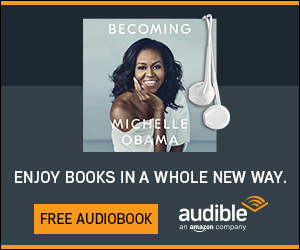 “I was very quiet, ” the 37-year-old opened up to Us Weekly about the time he learned of his baby’s gender. “The ultrasound tech says, ‘Well. I’m about 98 percent.’ So I still wasn’t convinced after the first time we saw it.” He elaborated, “We went back to the doctor, went back a few other times and just went back for our anatomy scan. It’s definitely a girl!”

Confirming that Arie was “in shock” over the baby girl news was Lauren who claimed that she was “cracking up the whole time.” The 27-year-old beauty additionally explained what led them to believe they are having a boy. “We actually did the early gender test online, so we took our test at 10 weeks,” she said. “We got the results back from that, and it was that we were having a boy.”

In the interview, Lauren admitted she is glad to have a baby girl as her first child. “I was really nervous to be a boy mom because I just don’t know that I can relate as well, being a woman relating to a little boy,” she confessed. “I have a little brother, and he’s so sweet and I love him to death, but sometimes I don’t really understand why he acts that way he does. I’m feeling a lot more confident in being able to be a girl mom first!”

Now that he is certain he will have a baby girl as his first child, Arie was sure he would be very protective of his daughter. “She’s not leaving the house until she’s 30,” the former race car driver joked. He was also relieved that he doesn’t “have to worry about putting that little boy into a race car anytime soon.”

The couple, who got engaged in March 2018 and will tie the knot in January 2019, announced they are expecting baby girl by sharing their pink-fest photos to Us Weekly. In one picture, the pair is surrounded by a pink cloud of smoke as Lauren holds onto a pair of pale pink balloons. In another, the expectant parents throw and blow pink flower petals at the camera.