Ariana Grande revealed on Sunday, December 2, that she has covered up a tattoo on her foot dedicated to ex-fiancé Pete Davidson‘s father with new ink paying tribute to ex-boyfriend Mac Miller‘s dog, Myron.

“Look at my Myron [tattoo],” the “Thank U, Next” singer, 25, said as she reached down to her left foot in a behind-the-scenes clip for the song’s music video. “Guys, look. How cool, right?”

The new tattoo obscures the 8418 ink Grande got in June in tribute to Davidson’s dad, who died on 9/11. The number was the Saturday Night Live star’s late father’s FDNY badge number. 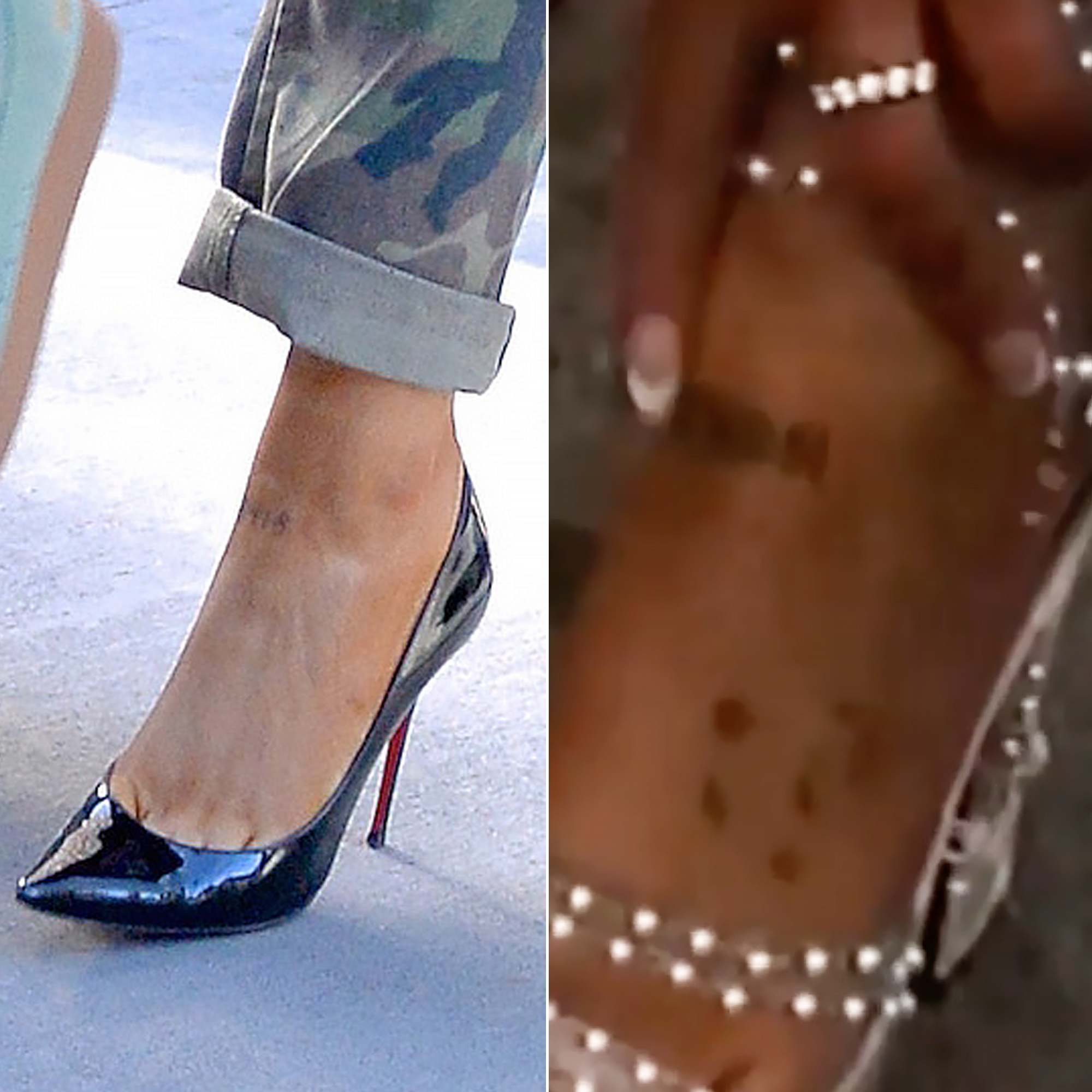 Myron was originally Miller’s dog. The rapper adopted the pit bull mix in January 2017, while he was dating Grande, and she revealed in April this year that Myron had been living with her for a few months and was “her everything.”

The dog continued to live with the “Breathin’” singer after she and Miller broke up in May after nearly two years together. The “Weekend” singer, 26, died in September from mixed drug toxicity.

Grande and Davidson, 25, called it quits in October, four months after getting engaged. Since then the exes have altered some of the many tattoos they got in honor of each other.

Grande covered up the “Pete” tattoo on her left ring finger with a black heart and inked over another that said “Reborn” on her left thumb, while the comedian changed a tattoo of Grande’s “Dangerous Woman” bunny ear logo behind his ear to a black heart. He revealed during a standup performance at the end of October that he’s “been covering a bunch of tattoos” since their split.