Anya Taylor-Joy leaned into Victorian era dressing when she stepped out in a Dior cream lace bralette and matching hoop petticoat for Harper’s Bazaar UK‘s Women Of The Year Awards in London. She wore her platinum hair down in low pigtails and did a dramatic black lined eye and red lip for beauty. It was far from a typical red carpet look, but Tayl0r-Joy made it seem like a natural fit for the event. 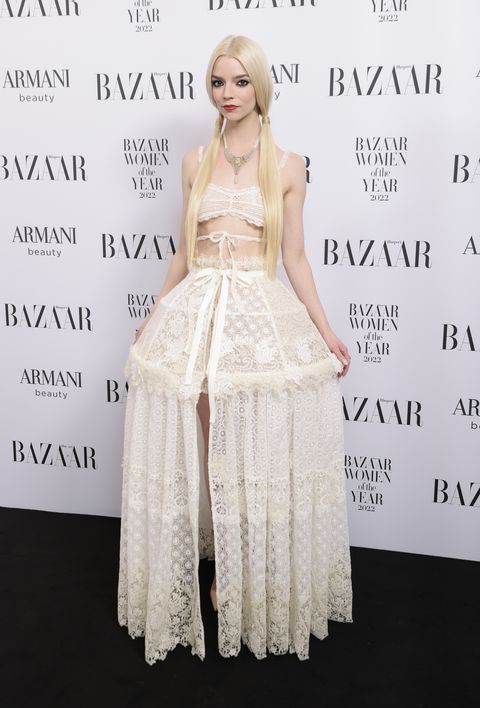 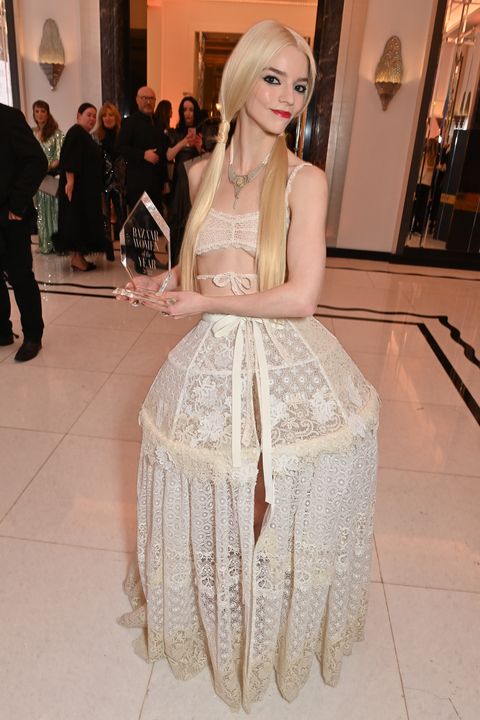 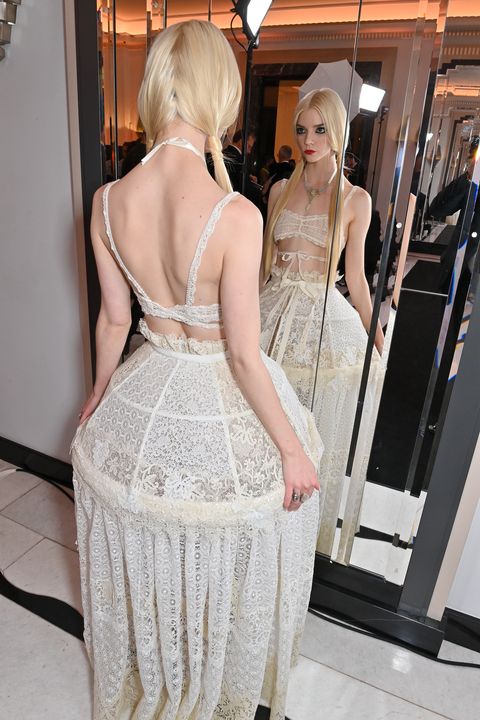 Taylor-Joy spoke to Harper’s Bazaar UK about how she finds interviews and being herself in the spotlight an unnatural experience as someone who plays other people for a living. “I think I struggle with the idea of people being interested in me as a person, because that’s not what I put out there,” she said. She approaches red carpet appearances as performance challenges in part to reduce her anxiety around them. “If I make it about myself, that’s when I start to panic, whereas if it’s an art form, it’s so much easier,” she said. “I’m lucky enough to work with people who are as obsessively creative as I am, and we build whole narratives together. That makes it fun, because I’m an artist, and making art is all I want to do.”

She also addressed how she has felt more empowered using her voice at work but also, simultaneously struggles with saying no to opportunities.

“In the past couple of years, I’ve definitely learned how to say ‘Hey, that’s actually not OK with me,’ or ‘You’re not listening to me’—and I don’t think I’d have got there had I not been pushed in a certain way, because I’m naturally a people pleaser. But eventually you get stepped on enough that you start to stand up and say no.”

“Saying no is genuinely difficult for me, because I always want to do everything,” she added when it comes to projects. “But I’m lucky enough to be in a position where I can ask myself, do you feel passionate enough about this to spend seven months living all the way across the world, away from everyone you know and love? Will that sustain you? And if the answer’s yes, you should probably do it.”