Angelina Jolie is set to appeal the custody decision which gave her ex-husband Brad Pitt joint custody of their kids, amid messy divorce proceedings.

Angelina Jolie and Brad Pitt are heading back to court. The Maleficent star has appealed the recent decision, which granted her ex joint custody of their five minor children, Pax, 17, Zahara, 16, Shiloh, 14, and 12-year-old twins Vivienne, and Knox. According to court docs obtained by Hollywoodlife, the former couple have a hearing set for July 9. The A-lister’s appeal will be heard by a three-justice panel, along with attorneys for both parties, who will be given time to present their arguments. 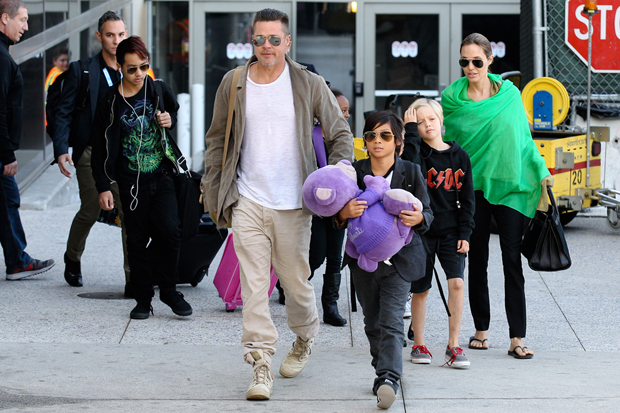 Judge John Ouderkirk ruled that the Once Upon A Time…In Hollywood actor would have increased time with his five minor children in a May 26 ruling. The former couple’s eldest son, Maddox, is 19 years old, and therefore is not subject to the custody arrangement.

The judge’s ruling was based upon extensive testimony from people who spent time with the children, including therapists and child services professionals. As fans would know, Brad and Angelina have been locked in a messy divorce battle over custody of their minor children since their September 2016 split.