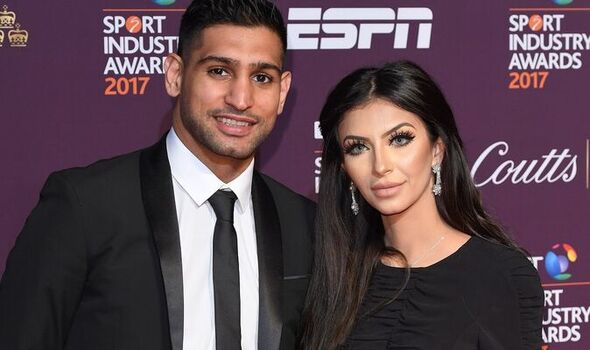 Khan, 35, told last night how two masked thugs thrust a gun in his face and stole his £72,000 Franck Muller watch in Leyton, East London, on Monday night. His terrified wife Faryal, 30, Makhdoom watched on in horror.

Khan said: “It was dark, this masked man came up to me and at first, I thought it was a friend playing a practical joke.

“Then he pulls out a gun and shoves it at my face and I thought: ‘This is the end; I’m going to die’.

“I was in genuine fear for my life. I was thinking about was my wife and kids. I thought I might never see them again.”

Faryal revealed she was left ‘just screaming’ after the ordeal.

She said: “To the selfish guys who pointed a gun at my husband’s head and risked everything, risked our lives all for a fricking watch, I say to you: ‘Shame on you. How dare you pull that stunt on two parents all for a watch’.”

Khan, from Bolton, revealed that he considered hitting his attacker and trying to disarm him but the thought of Faryal and their three children stopped him.

He said: “I could have easily hit him and I did think about it for a brief moment. But then I knew Faryal was with me, and he could have killed her.You don’t expect to be robbed at gunpoint, not in London. That’s the kind of thing that happens in the US.”