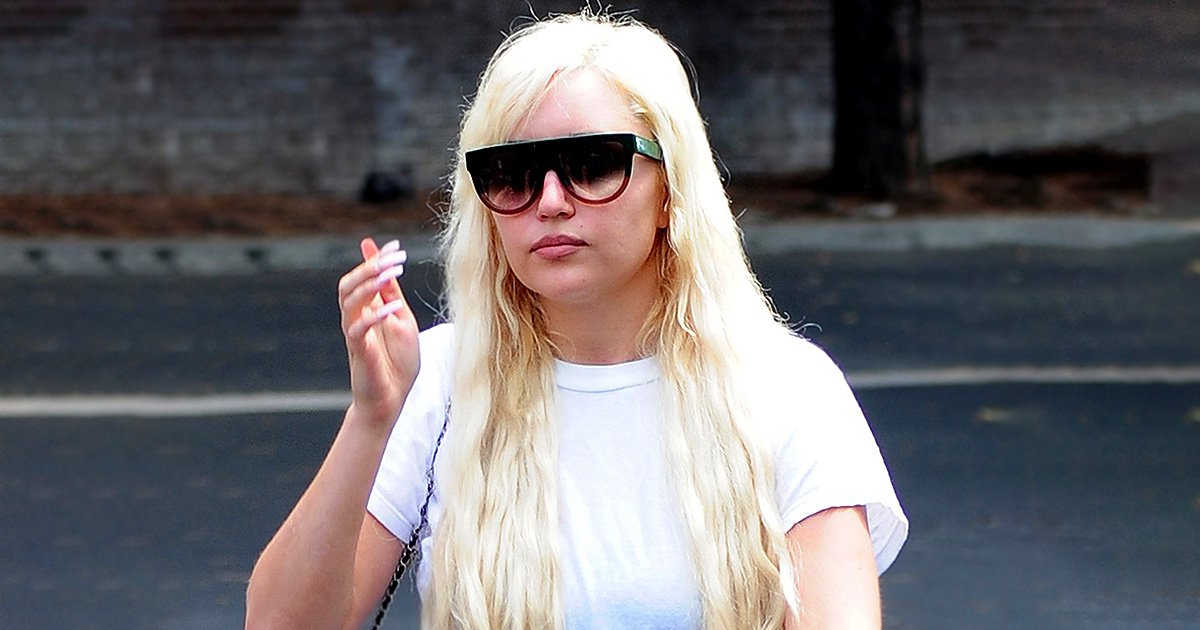 Amanda Bynes has revealed that a Hollywood director once cruelly told that she ‘looked like a monster’ in certain lights.

The actress, 35, took to Instagram to share a short selfie video of her looking into the camera as she opened up about the horrible comment she once received on set.

She wrote: ‘The reason I don’t usually look great in paparazzi pictures is because I’m squinting in the sun.

‘The videos and pictures I post are in a flattering light, or in the shade outside, without the sun blasting on my face.

‘I once did a movie where the director told me that in certain lights, I looked like a monster.’

Amanda, who starred in films including What A Girl Wants, Easy A and Hairspray, added a crying laughing emoji at the end of the post, showing that she wasn’t letting the awful comment get to her.

It comes after Amanda filed documents to end her conservatorship after nine years, with the full support of her parents.

According to People Magazine, she shared a message on social media, telling her followers: ‘What’s up Instagram. Amanda Bynes here. My court date is coming up in two weeks.

‘I want to thank you all for your love and support. Peace out.’

While Amanda’s request comes just months after Britney Spears’ landmark win in court to end her own conservatorship after 13 years, her decision to do the same was reportedly not influenced by the singer.

Amanda’s representative, David A. Esquibias, told TMZ it was purely coincidental that the two happened at similar times.

He says that Amanda had been putting the work in to end her conservatorship for ‘years’, with the rule never being planned to be in place for her whole life.

The conservatorship was set up in 2013 after she had a string of episodes of erratic behaviour and spent time in a psychiatric facility before being released and taken care of by her parents, who share the ‘common goal’ of ending it now she has worked so hard to get to this stage in her life.

TMZ reports that Amanda has since found structure and support in her life and attends AA meetings to maintain her ongoing sobriety and is doing very well at the Fashion Institute of Design & Merchandising, where she is getting almost straight As as she works towards her Bachelor’s degree.