Amal Clooney made a stunning appearance last night for the United Nations Correspondents Associations (UNCA) Awards in New York City. Despite the wintery weather in Manhattan, the human rights lawyer wore a breezy, blue and white sleeveless dress by J. Mendel. The frock featured a romantic sweetheart neckline and hand-pleated silk mouseline, as the designer pointed out on Instagram.

She kept it simple on the accessories, opting for just a pair of diamond-shaped statement earrings and a navy box clutch to match her dress. 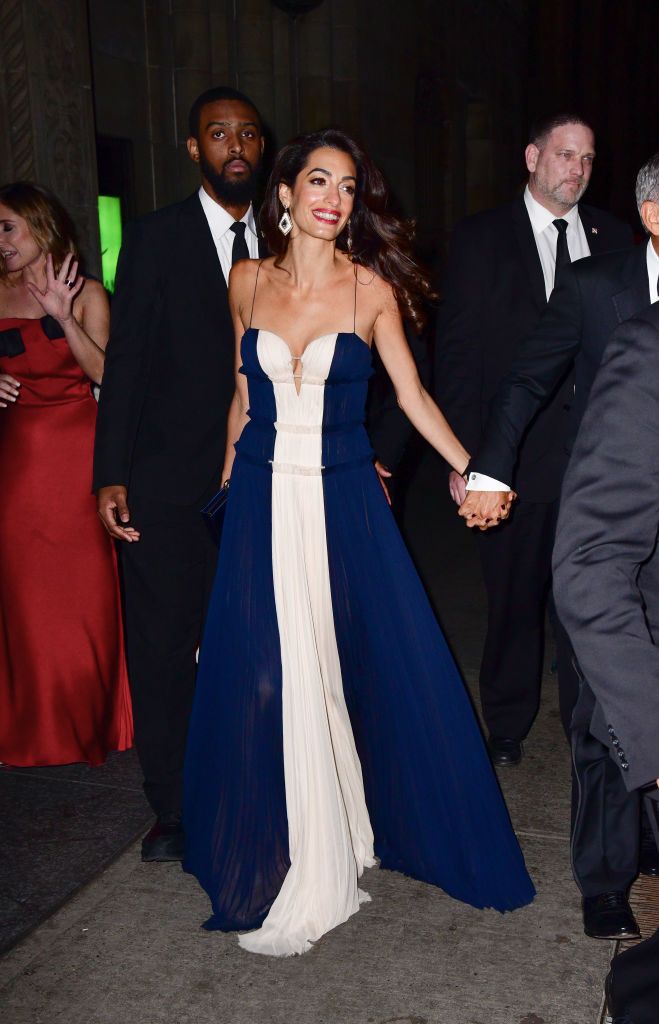 The dress isn’t currently available to shop online, but a similar sleeveless version with thicker straps and a midi length is. 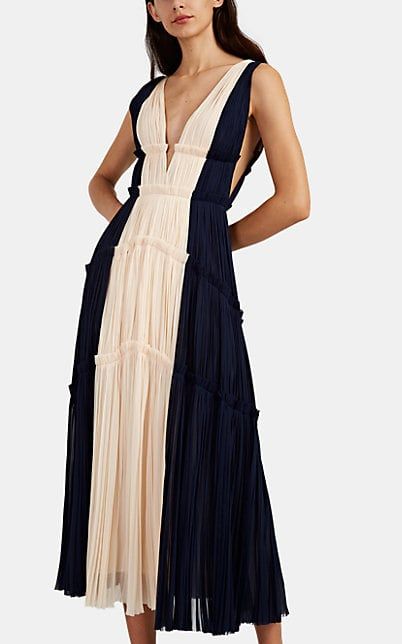 The outing was a family affair; Amal was accompanied by her husband, George Clooney, and his parents for the ceremony at Cipriani 42nd Street, according to People. 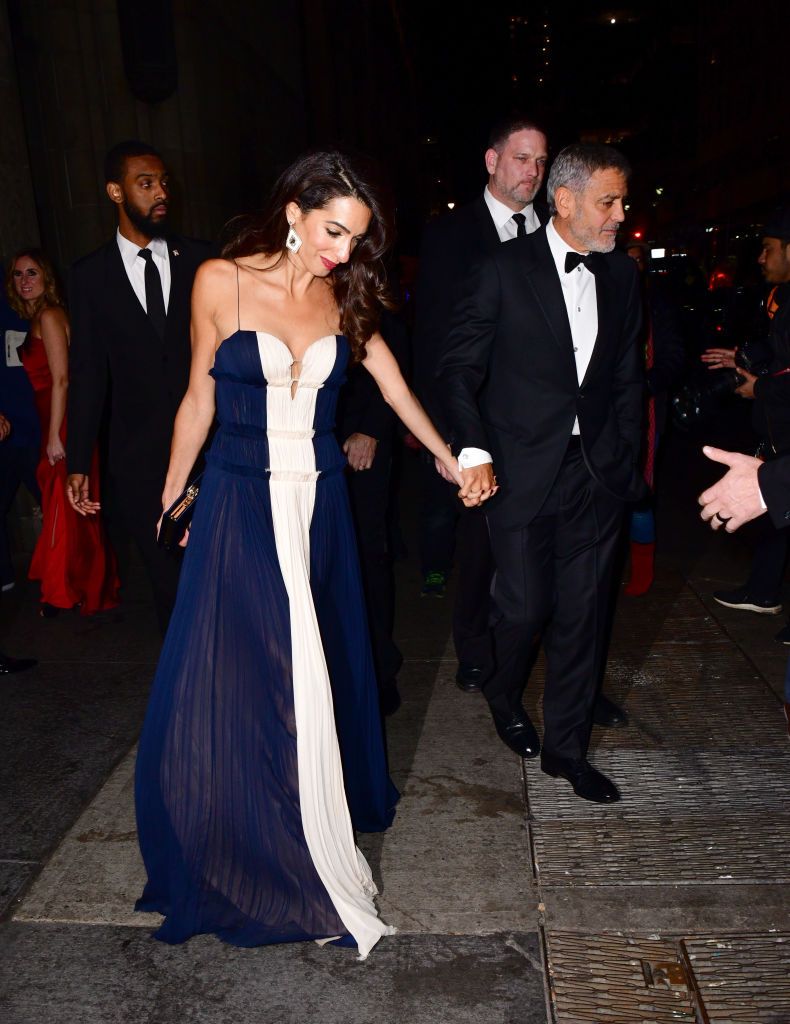 Amal Clooney was honored as Global Citizen of the Year at last night’s UNCA Awards. During her acceptance speech, the high-profile attorney praised journalists for reporting the truth, and urged for an end of persecution of journalists around the world, especially in authoritarian regimes. She also called out President Trump for his attacks on the press.

“The U.S. president has given such regimes a green light, and labeled the press in this country an enemy of the people,” Clooney said, according to a video of her speech. “And of course, two months ago, Washington Post journalist Jamal Khashoggi walked into a consulate in Istanbul and was brutally tortured to death.”

She continued, “In many of the cases that I have worked on too, I have seen journalists and opposition figures ruthlessly targeted so that they can no longer criticize leaders.” In March, it was reported that Clooney joined the legal team representing two Reuters reporters imprisoned in Myanmar.

Clooney also paid tribute to Nadia Murad, an Iraqi Yazidi refugee who survived sexual abuse by ISIS and won the Nobel Peace Prize this year, People reports. The human rights lawyer has worked with Murad in trying to make ISIS legally accountable for genocide of the Yazidi people.