Alex Rodriguez was photographed getting off a plane in Hartford, Connecticut just hours after his ex Jennifer Lopez and Ben Affleck were seen smiling while hanging out at a Miami home together.

Alex Rodriguez, 45, seemed like he was all about business on May 23 when he arrived in Hartford, Connecticut via plane. The former New York Yankees player was seen carrying one black leather duffel bag as he donned a white short-sleeved collared shirt with black stripes and olive green pants. He also wore a black face mask, sunglasses, and white and olive green Nike sneakers. 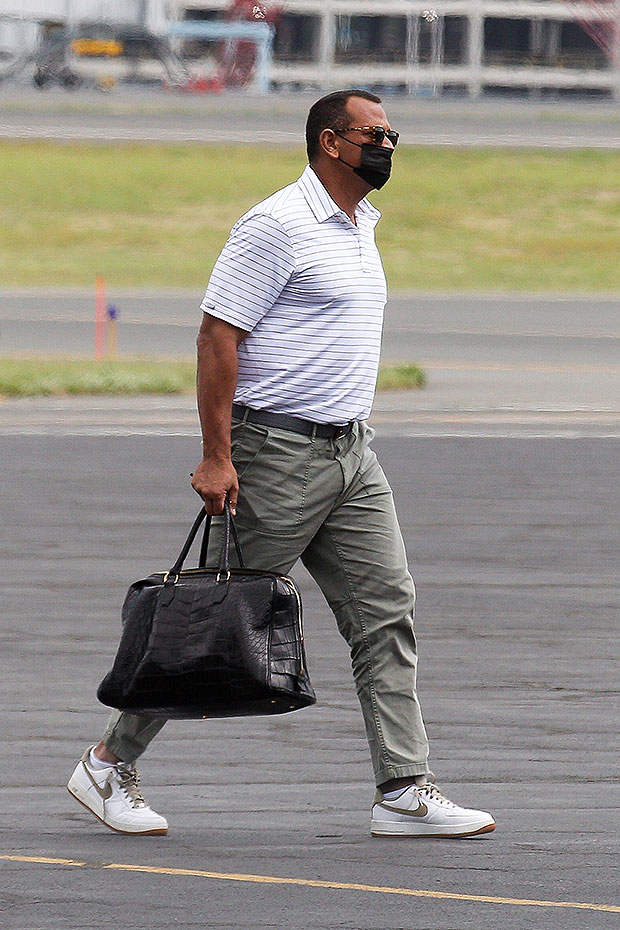 It’s not clear where Alex was headed, but considering how he’s made previous trips to Connecticut for career-related things, we can bet it’s for something along those lines. He was seen in the same area last month when he attended ESPN’s nearby studio, where he does work as part of the company’s broadcast team for Sunday Night Baseball. He had just broken up with his ex Jennifer Lopez, 51, but didn’t let that stop him from doing what he needs to do.

Alex’s latest spotting comes just hours after Jennifer and Ben Affleck, 48, made headlines for being photographed together in Miami, FL. It was the first time the reported lovebirds have been seen since they took a trip to Montana a couple of weeks ago, and they were all smiles as they walked outside of a house. Earlier in the day, Ben was also photographed arriving at the airport in Miami. 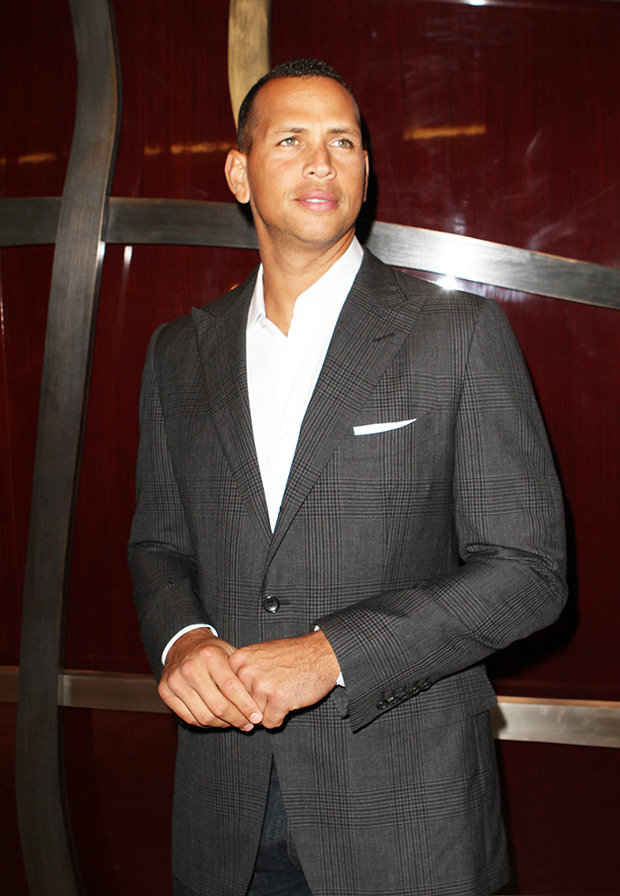 Before her hangouts with Ben, whom she used to be engaged to until 2004, she had a years-long romance with Alex that started in 2017. They also became engaged in 2019 but ultimately ended things on Apr. 15 of this year. Although they initially responded to breakup rumors in Mar. with a statement that admitted they were “working through some things”, they followed it up with another joint statement that admitted they realized they “are better as friends and look forward to remaining so.”

Since the split, Alex allegedly slid into the DMs of Today Extra host Belinda Russell. “I woke up this morning, checking the socials and in my requests there was a message from Alex Rodriguez. As in A-Rod. As in J.Lo’s ex,” she said per Daily Mail on May 21. “Great feed,” his alleged message read, followed by three exclamation points.