Prince George, Princess Charlotte and Prince Louis have an exciting week ahead of them as they prepare for their first day in their new school ahead of the Duke and Duchess of Cambridge‘s big family move to Windsor.

Lambrook is a leading co-educational prep school located in the Berkshire countryside, just a short journey from the Cambridges’ new home at Adelaide Cottage. But Duchess Kate and Prince William technically didn’t have to leave their lavish Kensington Palace apartment in order to send their children to Lambrook.

The school, which costs up to £6,999 per term, offers daily minibus services between London and Windsor. Lambrook states these services run “depending on occupancy rates and taking into account environmental considerations.”

The journey via car from London to Windsor takes an average of 45 minutes, meaning George, nine, Charlotte, seven, and Prince Louis, four, could easily travel between Apartment 1A at Kensington Palace and their new school should the Cambridges prefer to remain in their former royal residence.

The Cambridge children will start at Lambrook School on 8 September

However, it seems that Kate and William’s move to the pretty 19th century Adelaide Cottage is more than just out of convenience.

HELLO! understands the family-of-five have moved to Windsor to be closer to Her Majesty the Queen who recently has chosen to reside at Windsor Castle as she continues to struggle with her immobility issues. The royals have also decided to leave London in order to “put George, Charlotte and Louis first.”

Kensington Palace said in a statement that the Duke and Duchess were “pleased to have found a school for all three of their children which shares a similar ethos and values to Thomas’s Battersea.”

The private school is estimated to cost the Cambridges up to £50k per year for all three of their children. 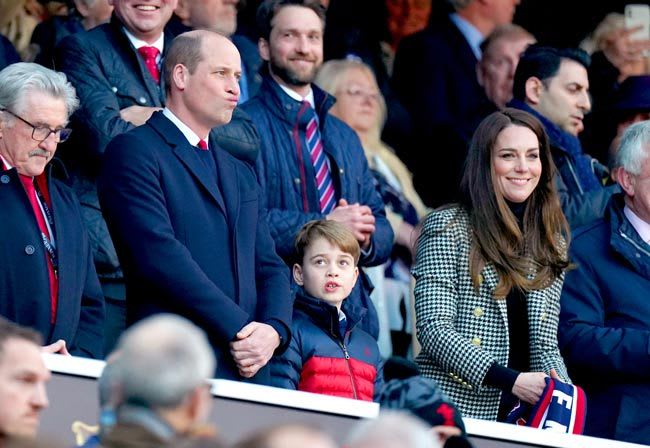 In addition, Lambrook has a total of 178 LAMDA lessons on offer each week along with 420 individual music lessons, from tap dancing to bagpipe playing.