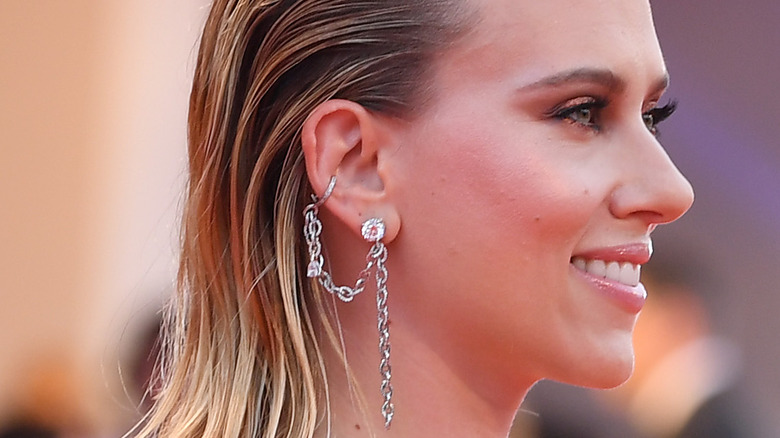 There are a lot of body parts a person can pierce. Shall we count them? We’ve got the ears, obviously, including the cartilage, and one’s nose. Then there’s the belly button, tongue, and eyebrow, as well as the lips and even cheeks (via KidsHealth.org). As Byrdie notes, a person can even pierce their nipple, and, gulp, we’ve all heard of genital piercings.

When it comes to celebrities, plenty of our famous friends are pierced in plenty of places. For instance, Cardi B counts ear, lip, and chest piercings among her impressive collection (via Life & Style). Kylie Jenner also boasts several ear holes, which she accessorizes enviously.

Meanwhile, some stars you may not have expected to be rocking multiple piercings include actress Jennifer Lawrence, who has at least six ear holes, and Scarlett Johansson, who has seven (via Elle).

But these stars’ piercing counts pale in comparison to some celebs whose number of jewelry holes is hella impressive.

Some celebrities have at least a dozen piercings 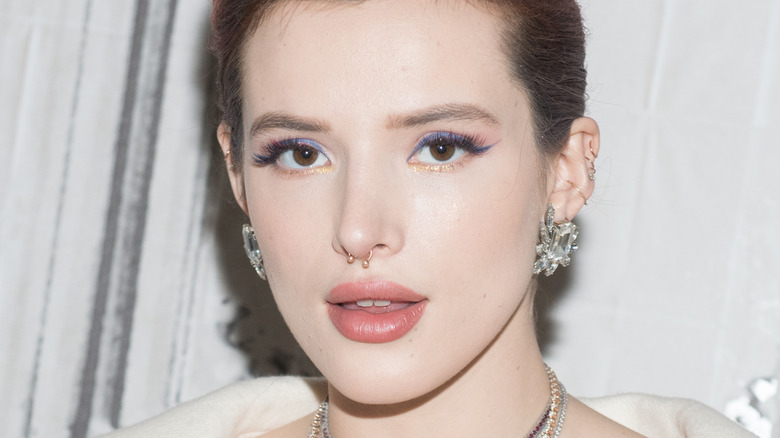 As SkinKandy reports, one of the most pierced stars on planet Earth is the always-edgy Christina Aguilera, with AP News tallying her total at a jaw-dropping 12 — these adornments include ​​her private area, her belly, tongue, lip, ears, and one nipple.

The star who may give the “Genie in a Bottle” singer a run for her money in the piercings department is Bella Thorne. Steal Her Style tallies up the actor’s piercings, noting Thorne has at least seven ear holes each in each ear, and her nipple and septum are both pierced.

Then there’s Paris Jackson, with piercings in her nose, nipple, and navel (via Daily Mail). She’s also typically rocking ear piercings many times over (via Steal Her Style).

Meanwhile, men in Hollywood are also into multiple piercings, with Lenny Kravitz being a frontrunner for having the most. As E! Online reports, the star’s body boasts nipple rings and a pubic piercing.