After nine years and nearly 2,000 YouTube videos, Tati Westbrook is finally releasing her own makeup collection.

Come Oct. 25, the cosmetic guru’s nearly 10 million subscribers will get to experience Tati Beauty for the very first time. In an exclusive interview with E! News, she says it’s a moment that she and her followers have been eagerly anticipating for years—and that’s no exaggeration.

Last year’s announcement of Tati’s nutraceuticals company, Halo Beauty, was met with backlash by even her most loyal of fans. Tati herself was well aware of the initially negative response, telling us, “No one wanted it. They were like, ‘We want makeup.'”

But as Tati sees it, it takes time to make a dream come true.

As event coordinators put the finishing touches on an exclusive launch party for 50 of her subscribers downstairs, the revered makeup reviewer explains to E! that she’s been working on Tati Beauty for nearly seven years. From finding the right lab to the perfect formulas, Tati says she played a very hands-on role in bringing her vision to life. “It takes time to do it the right way and I had certain things that were non-negotiable to me and I had other offers—other offers to collaborate,” she shares.

In fact, Tati claims she walked away from a $5 million dollar deal with another company. She admits turning down such a lucrative opportunity was “really hard,” but if it weren’t for Tati trusting her gut, what she describes as “another door” may never have opened.

“I feel really happy. It’s about time,” the newfound makeup mogul shares. “It’s like seeing the finish line that you’ve been running to—really for nearly a decade.”

Although, one might say that she wasn’t running so much as she was pacing herself.

As easy as it would’ve been to release a collection or collaboration years earlier, the star says her desire for perfection and, more importantly, purity, prevented her from taking the “easier” way out. A smart move, considering there’s been two major controversies involving the cleanliness of fellow YouTubers’ cosmetic products within the last year.

But creating this palette wasn’t without its struggles. She says there were “many moments of just sleepless nights and anxiety and people getting in your head to do things differently.”

Tati calls the makeup industry “cutthroat” at times, especially when there is more and more pressure to ascribe to a certain trend. “[It’s] come to a point where we’re all comparing how talented we are by how bright and bold the looks can get,” she shares.

Nonetheless, Tati stuck to her guns, something she describes as one of the “most gorgeous things you can do, especially as an entrepreneur.” 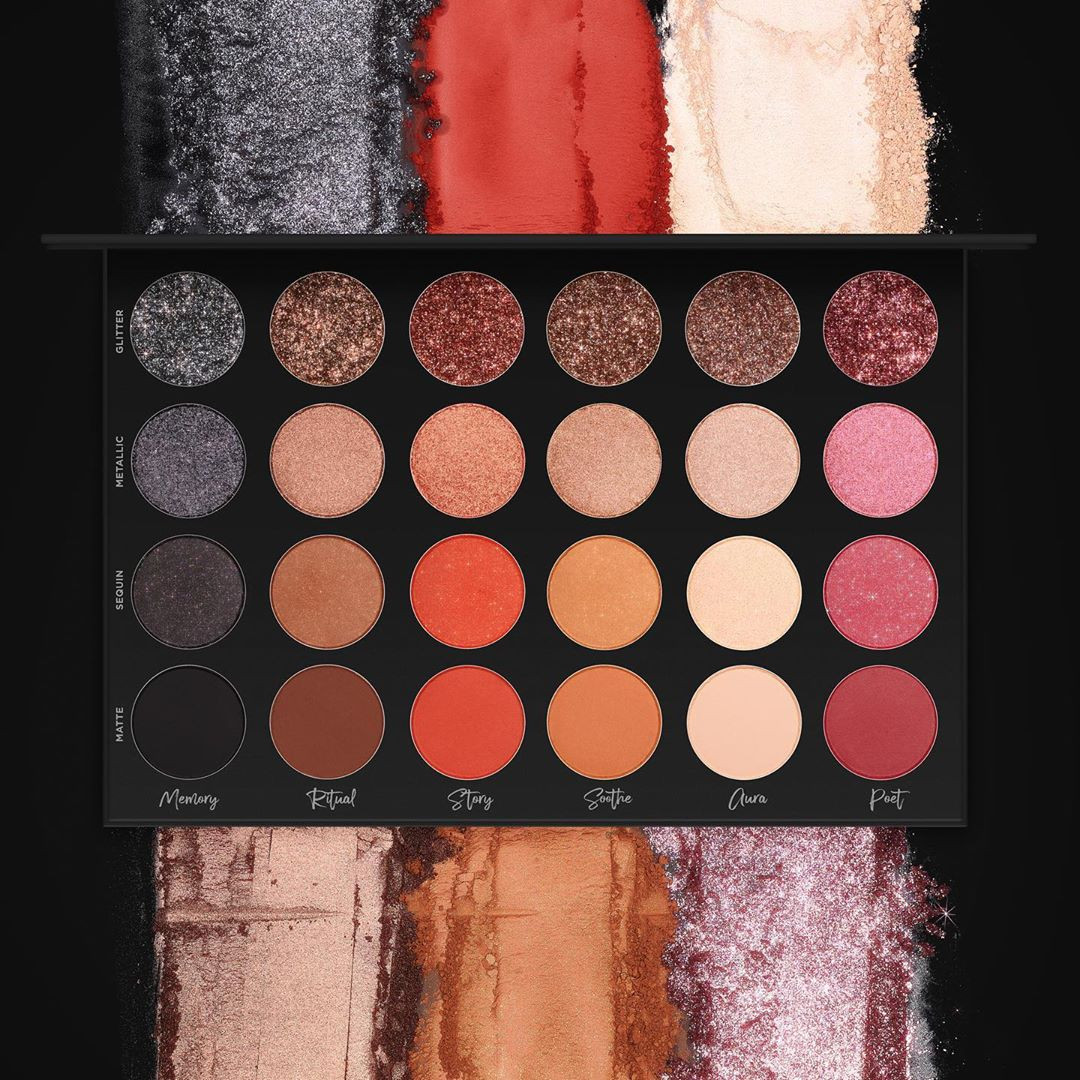 Her first product, an eyeshadow palette she’s dubbed “Textured Neutrals Vol. 1”, is her way of proving that it’s okay to be “basic.” Because at the end of the day, Tati says her hope is to give her followers an “accessible, easy to use” product that “makes people feel good.”

Westbrook explains, “You’re the author of your own beauty and you get to make those calls for yourself. You don’t have to listen to someone telling you that you’re not on trend or you’re boring or you’re basic, because really you need to listen to what you’re feeling when you’re doing that routine. It’s supposed to be a positive and I think that’s what I want to encourage everybody who’s interested in trying my makeup out to remember.” 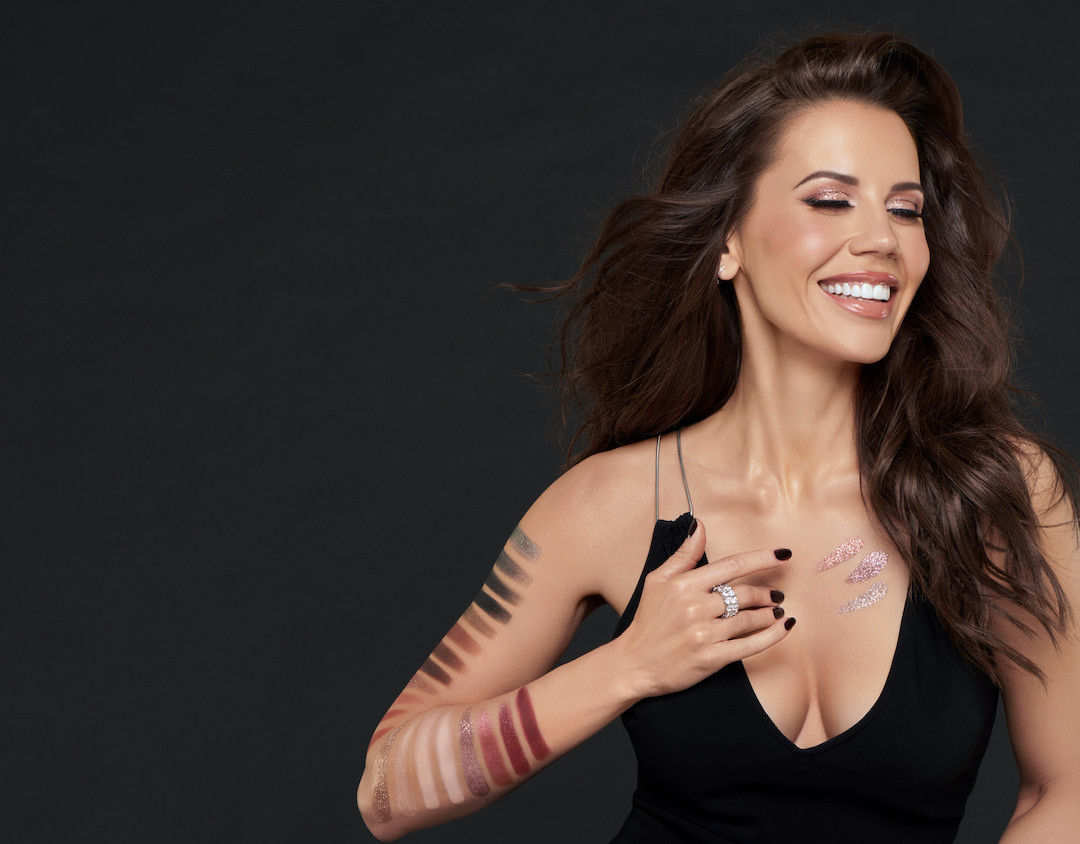 Tati’s message of self-acceptance and inner beauty clearly resonates with her audience too. Her “Textured Neutrals” palette announcement is the most-liked post on Trendmood for the past six months, surpassing that of brands like Urban Decay and Lady Gaga‘s Haus Beauty.

This outpouring of support from her fanbase is the reason why she hosted the intimate launch party. She wanted her subscribers, not influencers, to be the first ones to experience her new palette, because it’s “all for” them.

So, what’s next for the content creator? Well, Tati says there are 30 more collections in the works, plenty of videos lined up and she’s making big moves in the world of Hollywood. “I’m not cashing out anytime soon. I really want to build this into something,” Tati shares.

What’s more is her subscribers can expect a video from her and the one and only Scott Barnes in the coming weeks. Tati says that Jennifer Lopez‘s makeup artist was one of the only members of the beauty community to reach out and congratulate her on the announcement, something that means the world to her, especially in a time when she doesn’t always “feel like I fit in my community.”

“He’s like, ‘Babe, I’m so excited for you. We’re going to really show the industry that two powerhouses can actually come together instead of stabbing each other in the back. They can support each other and it’s going to be the actual message of beauty.’ So I’m really excited about that and I’m really excited to show that that can be done, that we both can have success,” Tati says.

Other than that, Tati plans to enjoy every moment as she begins this new chapter in her life. “I’m literally living my dream. I never want to run away from it.”