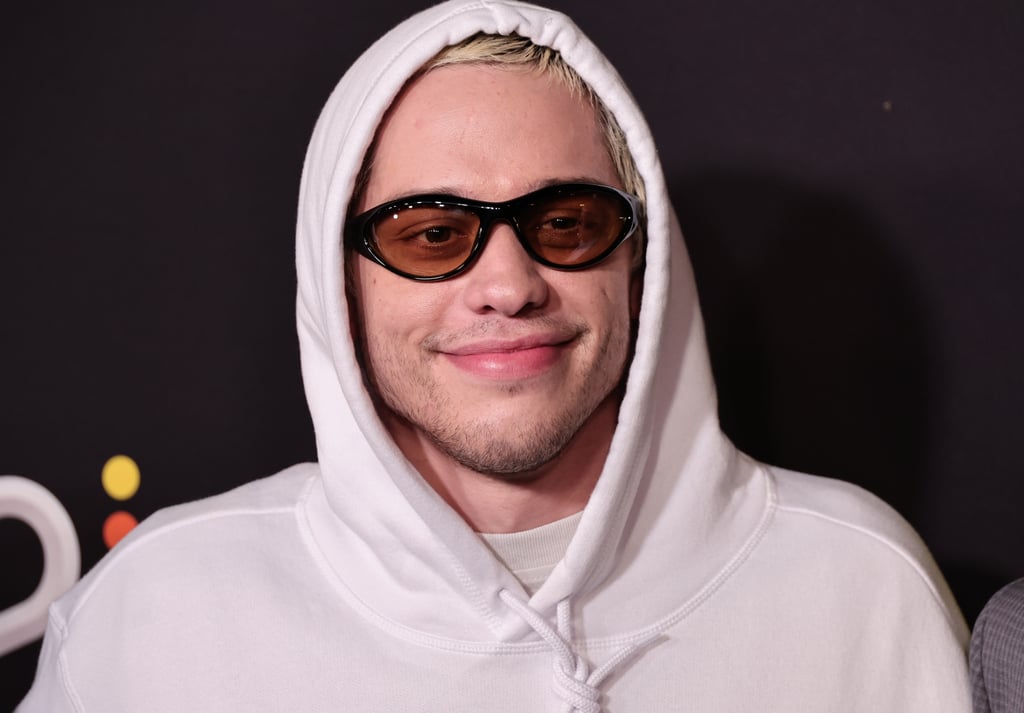 Since Pete Davidson and Kim Kardashian’s split in August, fans have been wondering whether the comedian will cover up or keep his tattoos dedicated to the entrepreneur. But according to new photos of Davidson, it looks like we may have our answer. On Oct. 3, the “Meet Cute” actor was spotted on the set of his upcoming comedy “Bupkis” with a bandage on his collarbone, which happens to be exactly where his “My girl is a lawyer” ink used to be.

While in a relationship with Kardashian, Davidson collected a series of tattoos honoring his then-girlfriend. In addition to the one on his collarbone, he had “KNSCP” in a tiny font on the lower right side of his neck (likely for Kardashian’s children: North, Saint, Chicago, and Psalm) and a script tattoo underneath that said “Jasmine ∞ Aladdin,” presumably referring to their roles in the “Saturday Night Live” skit where their romance blossomed. Kardashian had also previously confirmed the comedian had “Kim” branded onto his chest. While she alluded to other tattoos representing his love for her, the rest remain a mystery to the public.

Prior to the pair’s relationship, back in December 2020, Davidson revealed he was actually in the process of removing all of his tattoos with future acting jobs in mind. He spoke about how it could take up to four hours to cover up his ink in the makeup chair, so he figured “it would be easier to get them burned off.” Perhaps Davidson is resuming the removal process, though he has yet to address his ink for Kardashian specifically.

Take a closer look at Davidson’s rumored tattoo removal ahead.