Meghan Markle remains a royal rebel who breaks protocol every now and again in the most stylish and sophisticated ways. It’s never "just ‘cuz," either. Rather, it appears that The Duchess does what looks and feels right to her. Meghan Markle wore dark nail polish while attending the 2018 British Fashion Awards. That’s normally a "no no" at royal engagements, as light, non-flashy colors are reportedly preferred by the palace. Cosmopolitan pointed out the boldly beautiful way Markle bent the Buckingham Palace beauty rules. You might have missed it but here’s why Markle’s nail hue stood out.

Since the mom-to-be was cradling her growing baby bump in most of the photos, her royal rule breaker ‘n’ bender spirit was more obvious. She lovingly held her bump with her hands so her fingers were more noticeable.

Additionally, royal correspondent Omid Scobie told Harper’s Bazaar why Markle’s choice of nail polish was a bending of, rather than breaking with, protocol. "There’s no actual protocol about dark nail polish," Scobie said. "It’s simply about being appropriate — we’d never see this at a royal engagement. But tonight’s event is a celebration of fashion and there’s a lot more flexibility on what one can wear."

The expectant mother looked radiant and gorgeous in a one-shoulder, black gown by Givenchy, which is the brand that designed her infamous wedding dress. Her appearance at the event honoring the house’s Clare Waight Keller was a surprise — as were her nails. 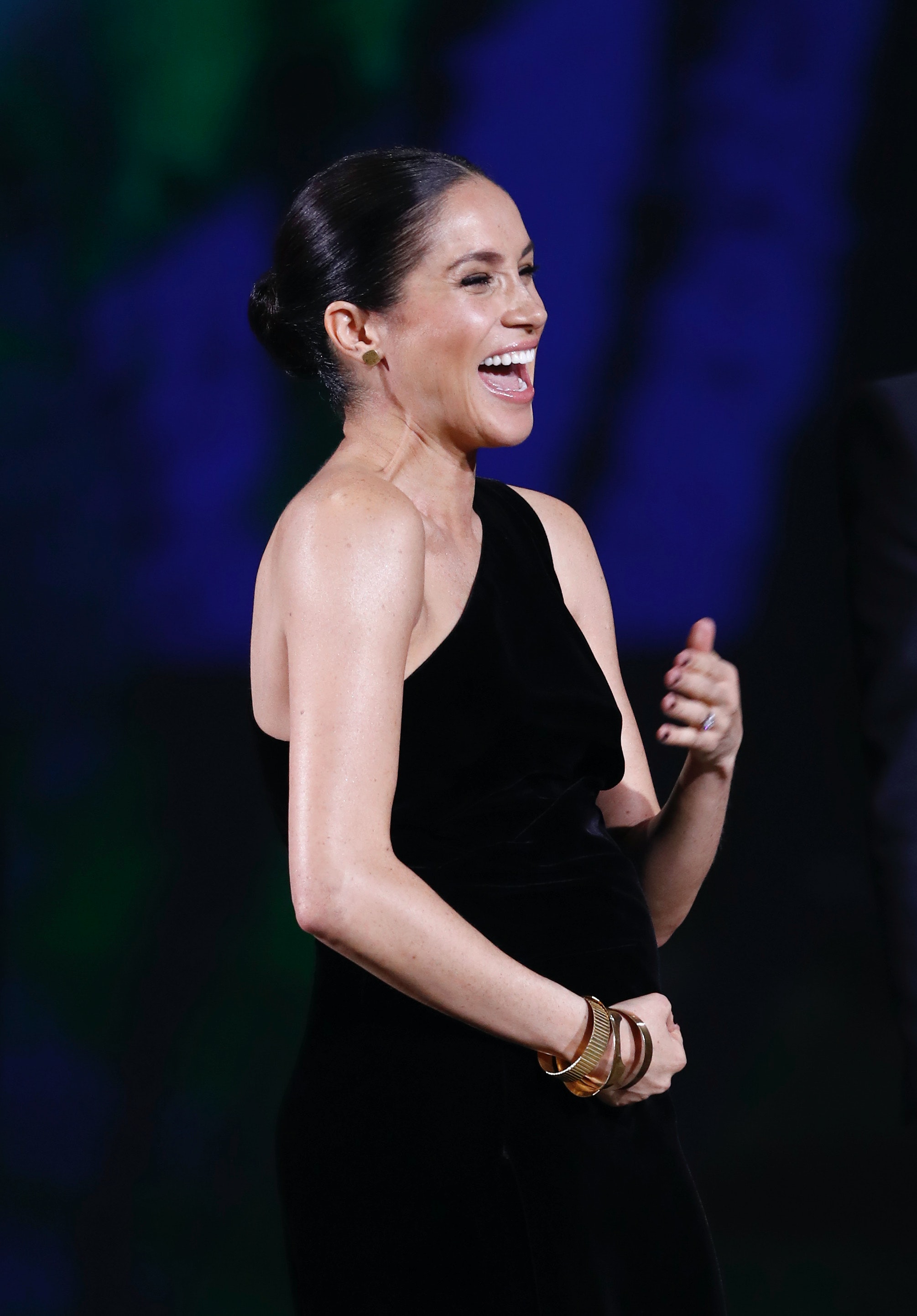 The dark nail polish — it looked like a burgundy x brown shade — matched her dress and was certainly fitting for the winter season. Deeper, darker hues tend to dominate many women’s digits during the cold weather months.

Markle added gold bangles and gold post earrings. Those matched her strappy gold Tamara Mellon heels. It was certainly a coordinated and stunning ensemble. Royals don’t typically expose their shoulders and they don’t often wear black. So that’s two more ways she drifted from tradition with this appearance and ensemble. The Duchess wore her hair in slicked back off her lovely face into a tight, sleek bun. Her coif was a contrast to her usual ‘do — the messy pieces that usually frame her face and which have become The Duchess’ signature were slicked back into her bun.

Markle also rocked a natural, "no makeup" makeup look at the event, opting for soft, pale pink lips, dewy skin, and dark lashes. She was the epitome of simple, sleek, and sophisticated chic.

Markle usually adheres to royal protocol by wearing clean and crisp, light nail lacquer. Like so. 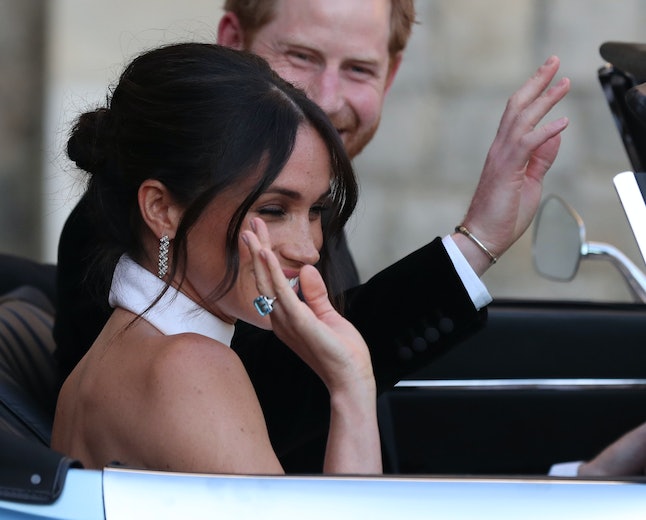 Markle’s hands are a topic of conversation and are oft-photographed since she and husband Prince Harry are always holding hands and are known for their PDAs. 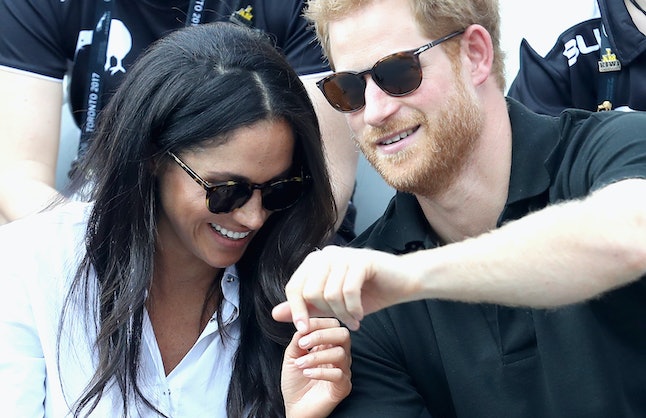 But it is refreshing to see the ever-stylish Markle do her own thing and opt for a richer, darker nail color every on occasions such as this.