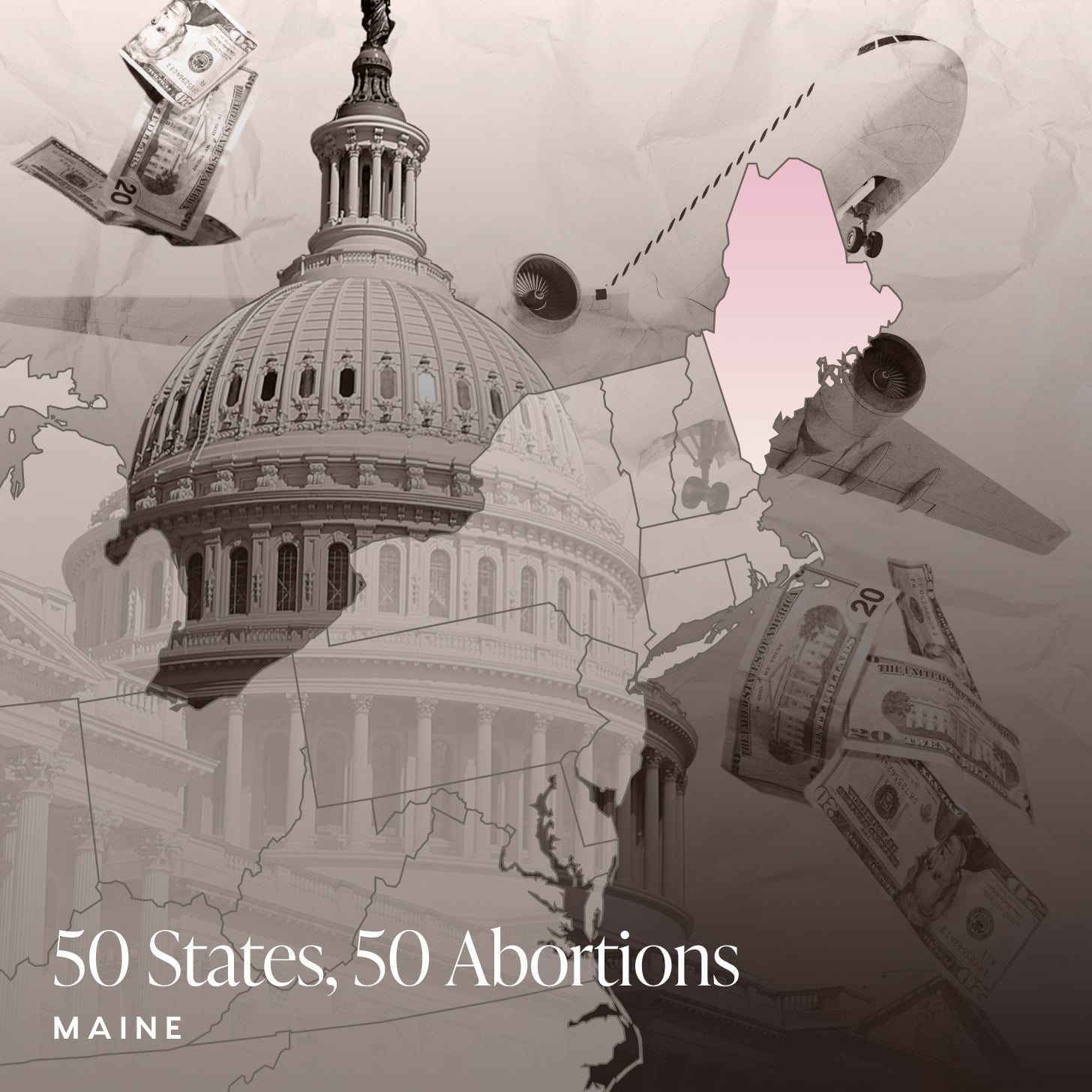 I was 22 or 23 when I learned I was pregnant. I had a pretty regular period that I tracked closely. My period was late, and I had some symptoms like soreness in my breasts, so I was already pretty sure I was pregnant when I took a pregnancy test.

I knew I needed an abortion. My then-partner and I didn’t even really talk in detail about another option. I was in my last semester of college and my partner was a lovely person, but it was not the right relationship for either of us. I think we knew that adding a kid to it just wasn’t in the cards.

I pretty quickly arranged for the appointment. I already got healthcare at the health center in our town that provided abortion care, so I knew exactly where to go and who to call. I think it might have been the weekend when I found out I was pregnant, so I made the call the next day.

They got me in really quickly for my first appointment. I was maybe four or five weeks pregnant — very, very early. You couldn’t even see the pregnancy, really, with the ultrasound. I ended up scheduling the abortion for a week or two later.

There weren’t any restrictions that significantly impacted access for me. I chose not to use my insurance because I had it through my parents, and I didn’t know how it would be labeled on their report of my insurance use. Instead, my boyfriend paid out of pocket. It was $500, I think. The extra cost of blood work probably would have been $50 or $100.

The experience itself wasn’t too bad. I had an in-clinic procedure, and there was a moment or two where it felt painful. I remember having a few tears right after, which was surprising to me because I felt really confident in my decision. But for some reason, I was still crying a little. The doctor told me that tears are really normal, and that made me feel a lot better.

My best friend stayed home from work that day and made me cookies and watched “Little Women” with me, which was really sweet. She didn’t make it into a big deal, but she was there to support me. We didn’t really even talk about it — we just ate cookies and watched a movie. I don’t remember too much after that except feeling like at some point in the day, I wanted some time alone.

Besides my friend, I didn’t tell that many people. I’m a really private person generally, and I held it pretty close for a long time; I’m still not totally open about it in every setting. I chose not to tell people because it wasn’t an easy experience. I felt a lot of shame around it — and that I had gotten pregnant to begin with. I felt like some people would make it into something bigger than it was, and I just wanted to have it be this small thing that happened in my life. But honestly, now it feels like a bigger deal because I didn’t tell people 10-plus years ago — it’s built up to be bigger than the experience really was.

I think there’s this culture that surrounds abortion. There are people who want to make others feel really bad about making this choice. I work in abortion rights at an abortion clinic now, and I know my family is super supportive of all of that. And I still feel awkward bringing my own story into the conversation.

After the abortion, I remember feeling like there was a label on me — I’m a person who has had an abortion. That felt fine because I was OK with it, but also I could feel the societal judgment. I started to understand that, even within the pro-choice movement, a lot of the rhetoric and language around abortion made it sound like it was for other women, other people — not the people who were advocating for it. I realized how much people who supported abortion distanced themselves from it when talking about it: “I support it, but it’s not for me.” “I support it,” but still with a vibe that it’s a bad thing.

I became really committed to changing how we talk about abortion. I got involved in work to normalize it and to understand how people who say they support abortion are actually harming the cause by not fully claiming it.

During this time, when a lot of people are forced to continue pregnancies they don’t want, I think a lot about how different my life would be if I couldn’t make the choice to have an abortion back then.

I like my life a lot. I have two kids and a partner I love. If I hadn’t had that abortion, I would’ve been stuck in a relationship that needed to end, and I would have had a different family than the family I wanted and chose. Other aspects of my life would’ve unfolded differently, too. In my early to mid-20s, I played roller derby, and I loved that part of my life. Who knows if I would have been able to do that, or if I would have even continued the work that I’m doing, if I had to parent at such a young age?

I feel really grateful for the people who took care of me at the clinic. They ended up becoming my coworkers later, and they just made me feel so comfortable. They talked to me about regular life during my appointment, like having an abortion was a totally common and normal thing, which it is. The doctor who took care of me also made me feel safe and like it was a normal thing that people go through.

It was devastating to hear the news about Roe v. Wade being overturned. Because of the leak, I knew that it was likely coming, but it still felt shocking — or just very intense, like our country will never be the same. Talking about it makes tears come to my eyes.

It’s hard for me as an activist and as someone who’s had an abortion to have put a lot of work into moving the country in the other direction and then to see us do something so drastic as overturning Roe.

I hold on to some hope, though. I know that the majority of Americans support abortion access. Getting to this point is motivating so many more people to be involved and to take action, and I think eventually we’re going to turn it around. But I hold a lot of sadness and grief for what things look like now and what things are going to look like for many years — until we can make the change to ensure access for everybody.