Margaret Joseph’s power ponytail has made many appearances on ‘RHONJ’ & even got ripped out by Danielle Staub! Her stylist showed us how to get the sleek look on Marg, herself!

Real Housewives of New Jersey star Margaret Josephs might have loved her pigtails, but her hairstylist Julius Michael came to her with the idea of a full, high, single power ponytail instead and the look stuck! With Margaret as his model, Julius took HollywoodLife through a step by step tutorial of the RHONJ leading lady’s iconic hairstyle. One of the best things about this look is that NO hair tools are needed — so it’s great if you’re trying to keep hot tools off your hair. 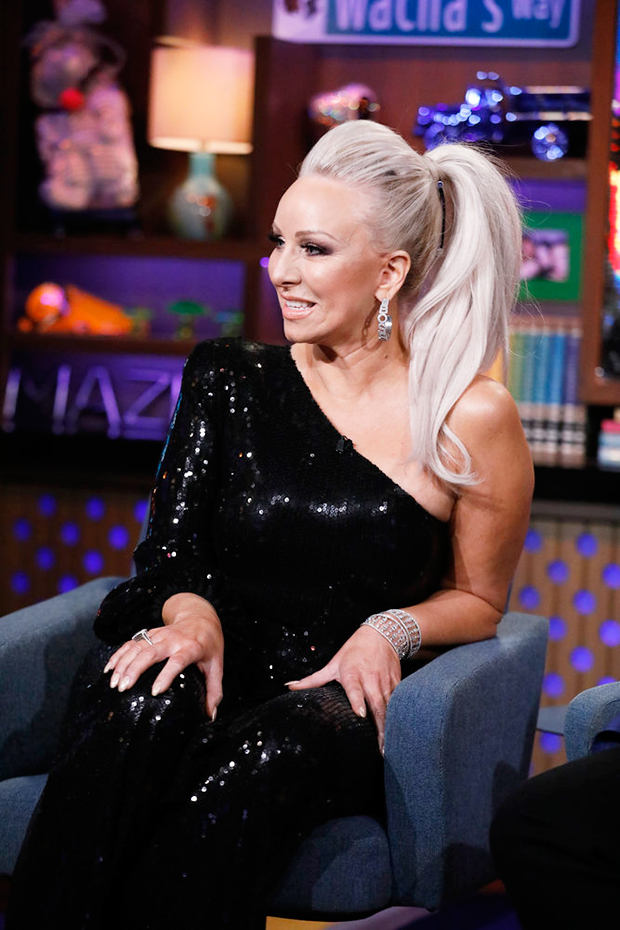 “Margaret’s signature look and what people know her for are her power pigtails, right? And one day, we were just talking about what looks we want to create, and she was going into her second season, and I said ‘why don’t we try a ponytail?’ And she was like, ‘All right, I trust you, do it,’” Julius explained on the HollywoodLife IG Live Tutorial. “And that’s it. She loved it. And you know what? It’s sexy, because I watch Margaret on the show and she when she has the power pony, she’s like twirl her hair, twist around… and it can be used as a whip!”

So here’s how you get the look! Start with dry smooth hair, and section off your hair by slicing across the back of your lower crown. Using Hidden Crown Hair Extensions’ clip-in extensions, Julius began by adding more hair to Marg’s bob. “Even if you have great, long hair, you add extensions for volume, for a little bit of length, and just to have fun with it,” he advised. “I’m going to start by layering the extensions on Margaret in the back of her head, starting with a smaller panel so that when I pull the hair up into the pony, you won’t see bulging, you won’t see tracks popping out.” Follow up the crown with your next section and use the larger panel, and add the next shorter piece to the top of your crown. If you have shorter hair you can move the extensions closer to the front so it will blend any short hair. 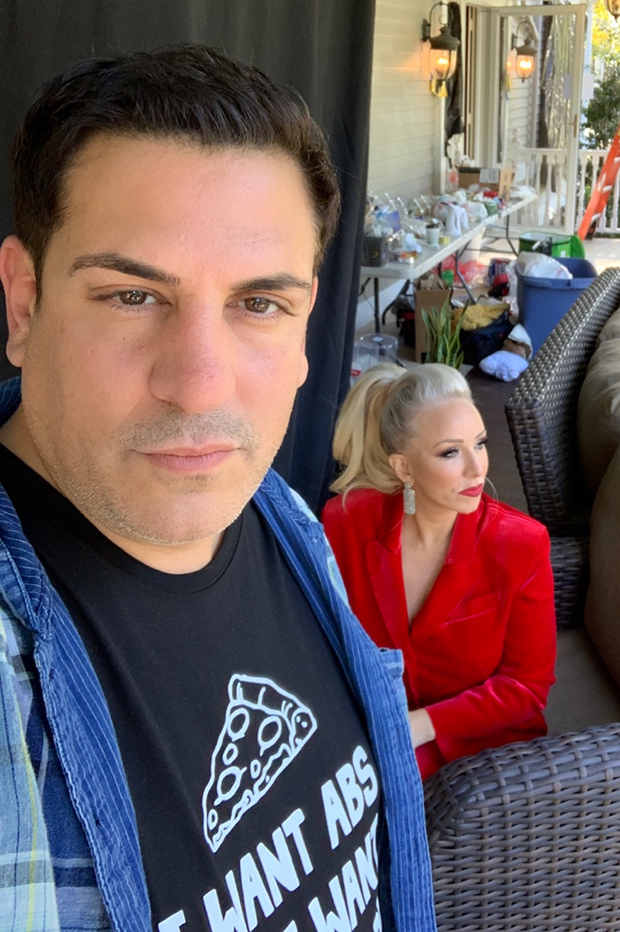 “If you have really short hair like Margaret, I always add and recommend using a Hidden Crown Hair Crown Topper, so this will act as the top of your head creating naturally long hair and making the Power Pony look as if it’s frowning from your scalp,” Julius explained. Gather all the hair and use a flat paddle brush to smooth out it out from your roots as you pull it into your pony. Once the hair is gathered and smooth use a ponytail bungee or a Pulleez to secure your ponytail.

“Remember, I call this the instant facelift because you want that ponytail holder to be super tight and secure!” the stylist said. “Once your pony is up and in place you can add curls, pull side pieces out for a more messy lived in look or keep it sleek and smooth.”

Watch the full tutorial on HollywoodLife’s IGTV and tag us when you recreate the look!