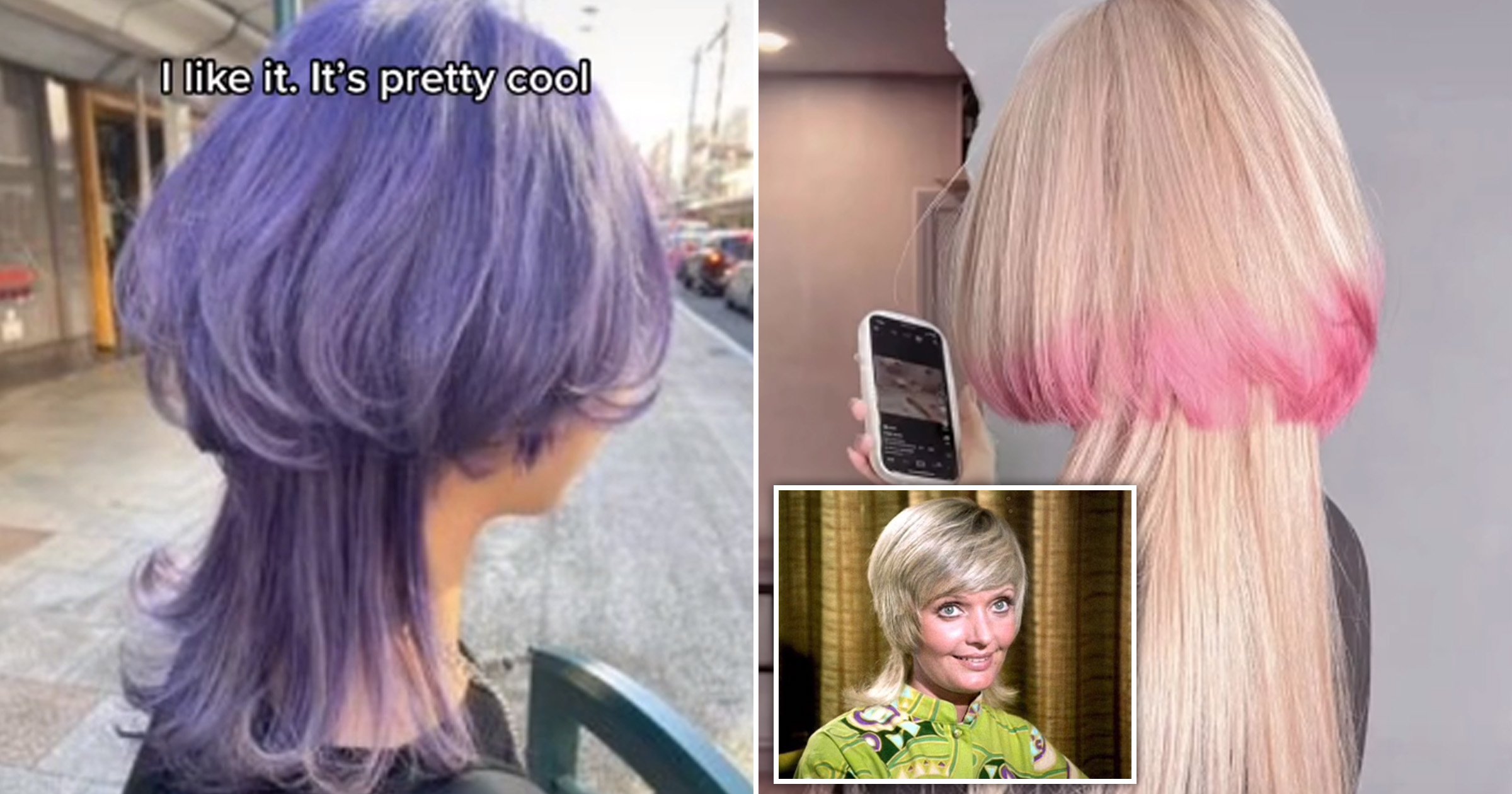 Over on TikTok, more than 10 million people are looking up the ‘jellyfish’ haircut.

It’s a statement look that’s caught the eyes of many – but it doesn’t have to be as difficult to wear as you might think.

Plenty of influencers are wearing the cut, and even Nicole Kidman has been shot editorially with this severe chopped do.

So how do you make it work?

Live True’s stylist, Tyler Moore, explains that the jellyfish cut is primarily done with two key layers – one short and the other long.

He says: ‘For this hairstyle, you’ll typically start with a blunt shorter layer – usually a face framing section with or without a fringe, a la Nicole Kidman in recent photos for Perfect Magazine, or as an all-round bob – you’ll then add a longer layer underneath.’

Though a new term in the hair world, this isn’t the first time we’ve seen this style.

He adds: ‘The hairstyle stretches much further back than in its recent revival.

‘Jellyfish hair follows the style of the “Hime cut”, made popular in Japan for being worn by noble Japanese women during the Heian period of Japanese history.’

For that reason, Japanese and Asian content creators have been a great source of inspiration for those interested in the style.

‘This hairstyle can feel like quite a statement, but there are ways to make the look more wearable,’ Tyler assures.

‘You can soften the top layer or add more layers underneath and in between,’ but be careful, as adding too many will turn it into a soft shag or wolf cut.

You need to be a little brave with this one.

Another option: ‘Alternatively, if you’re looking to experiment with your look without the commitment, you can cut your hair into a bob and use clip in or tape in extensions for a semi-permanent style.’

Reply to @bondjonescreations im starting a jellyfish club with jelly themed events for those interested! I’m setting up the Discord for it today! Stay tuned for an offical announcement soon! It’s going to be so cute. If you don’t have the haircut you can be a baby jellyfish. Theyre called ephyrae 🥹 excuse the mess! We are in the middle of rearranging right now!💓💓 if you read this ur a qt #jellyfishhaircut #sorryitsmari #hair360 #hairquestions #jellyfishhair #diyhair

The cut also allows you to be fun with colour, as you can dye the longer layers a different shade to the rest.

Ultimately, the top of the head is more rounded and ‘bob’-like, while the back has a longer length – just like the shape of a jellyfish.

One way to style this look to make it more casual is to plait the longer lengths and let the shorter layers hang loose.

The less layering you go for at the shorter end, the less severe the overall look will be.