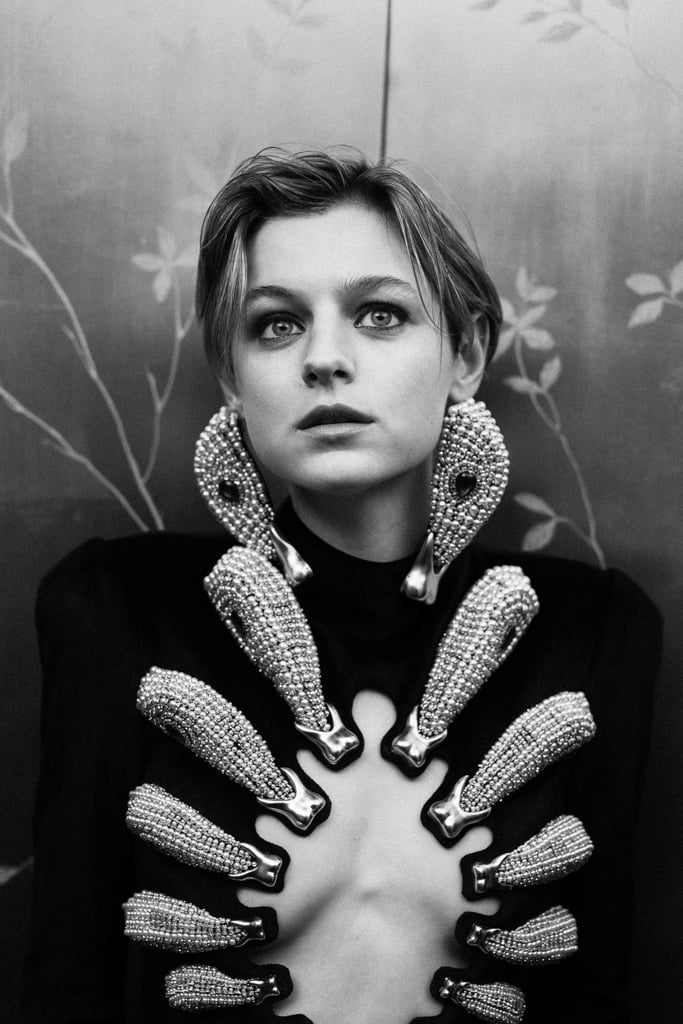 Celebrities joined from all over the world for the 26th Annual Critics Choice Awards, which meant the timezones varied drastically. Calling in virtually all the way from the UK, Emma Louise Corrin looked completely shocked to win for Best Actress in a Drama Series — it seems she had even taken off all of her makeup prior to winning.

Earlier in the evening we saw Corrin dressed in an unforgettable Schiaparelli outfit with smoky eye makeup and pink neutral lipstick on but when she appeared on screen to accept her award, not a trace of product was left on her face. The fresh-faced actress also shed the extra-large dangly earrings she was sporting earlier (but kept on the kickass minidress). The Crown star then explained that it was two in the morning where she was. It was a total power move that has us wondering: what is her skin-care routine? 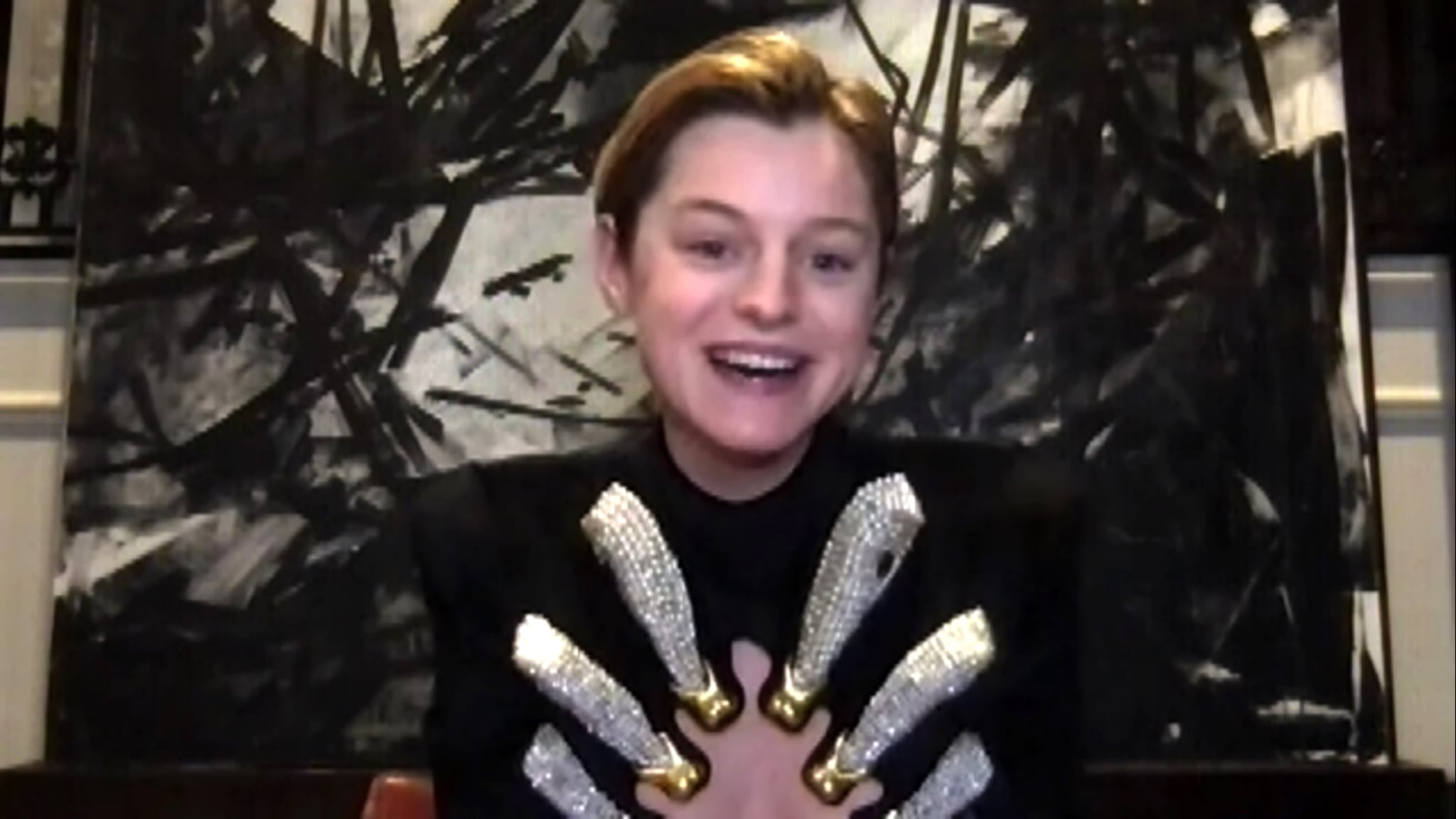 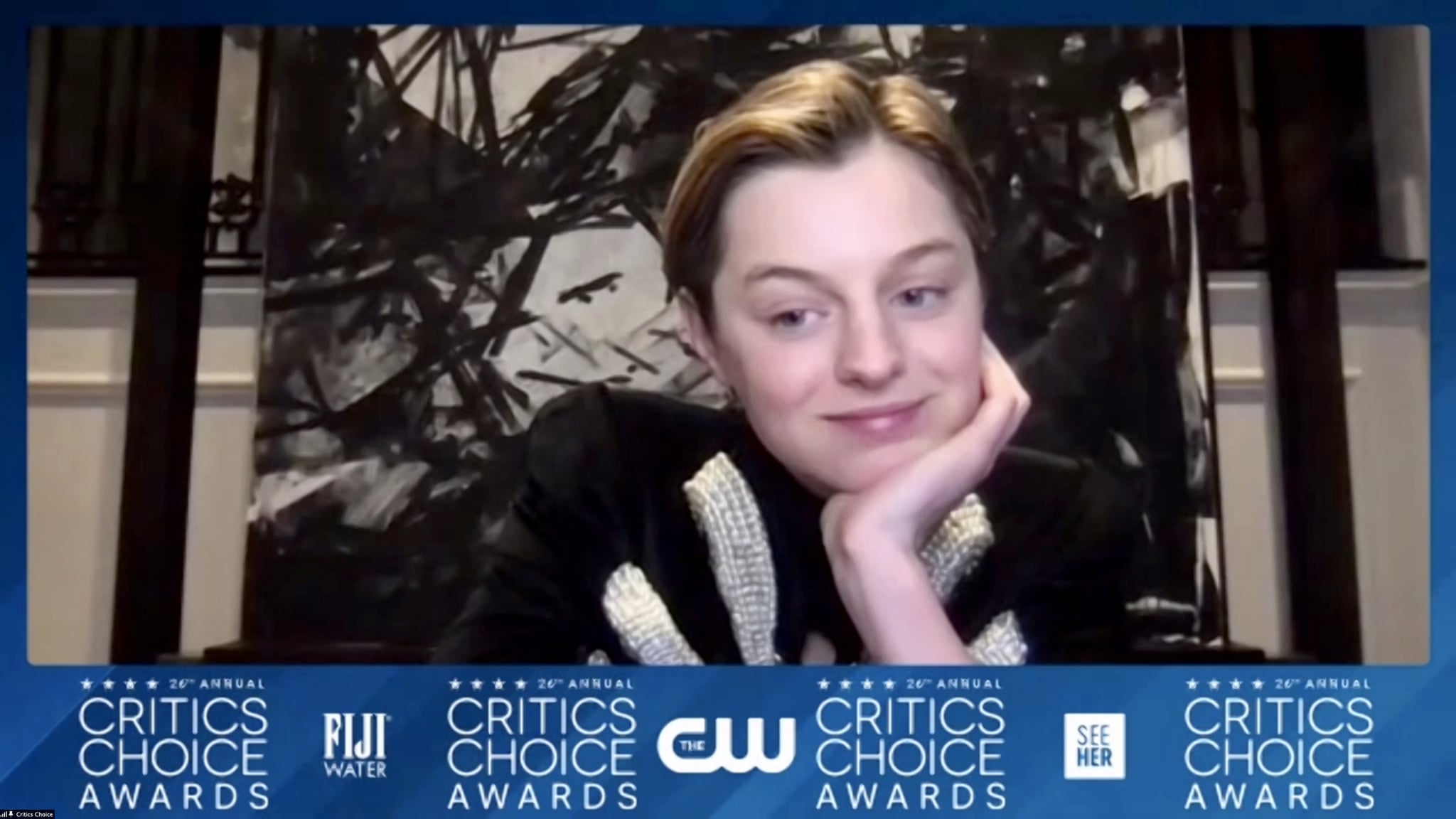 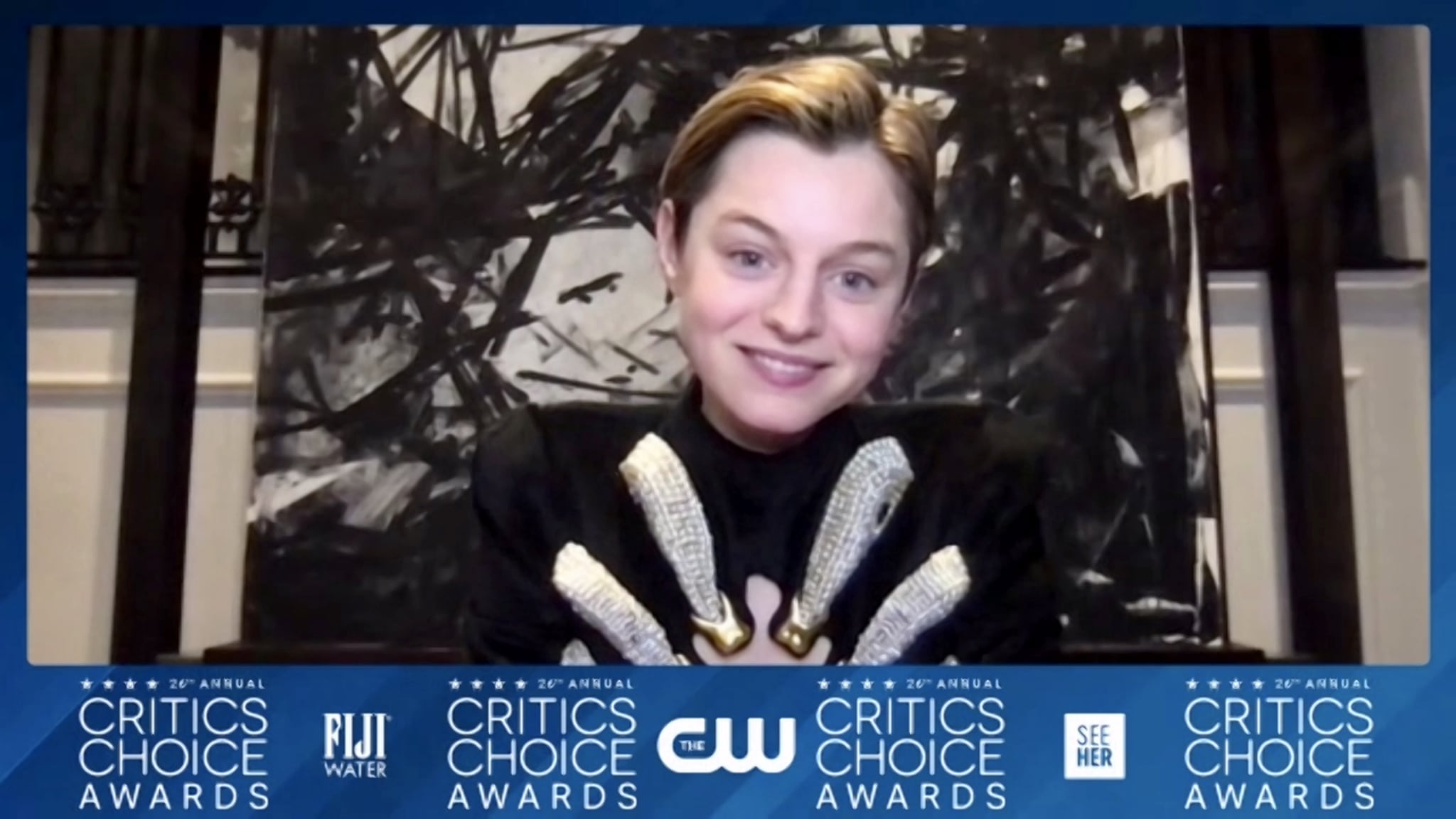