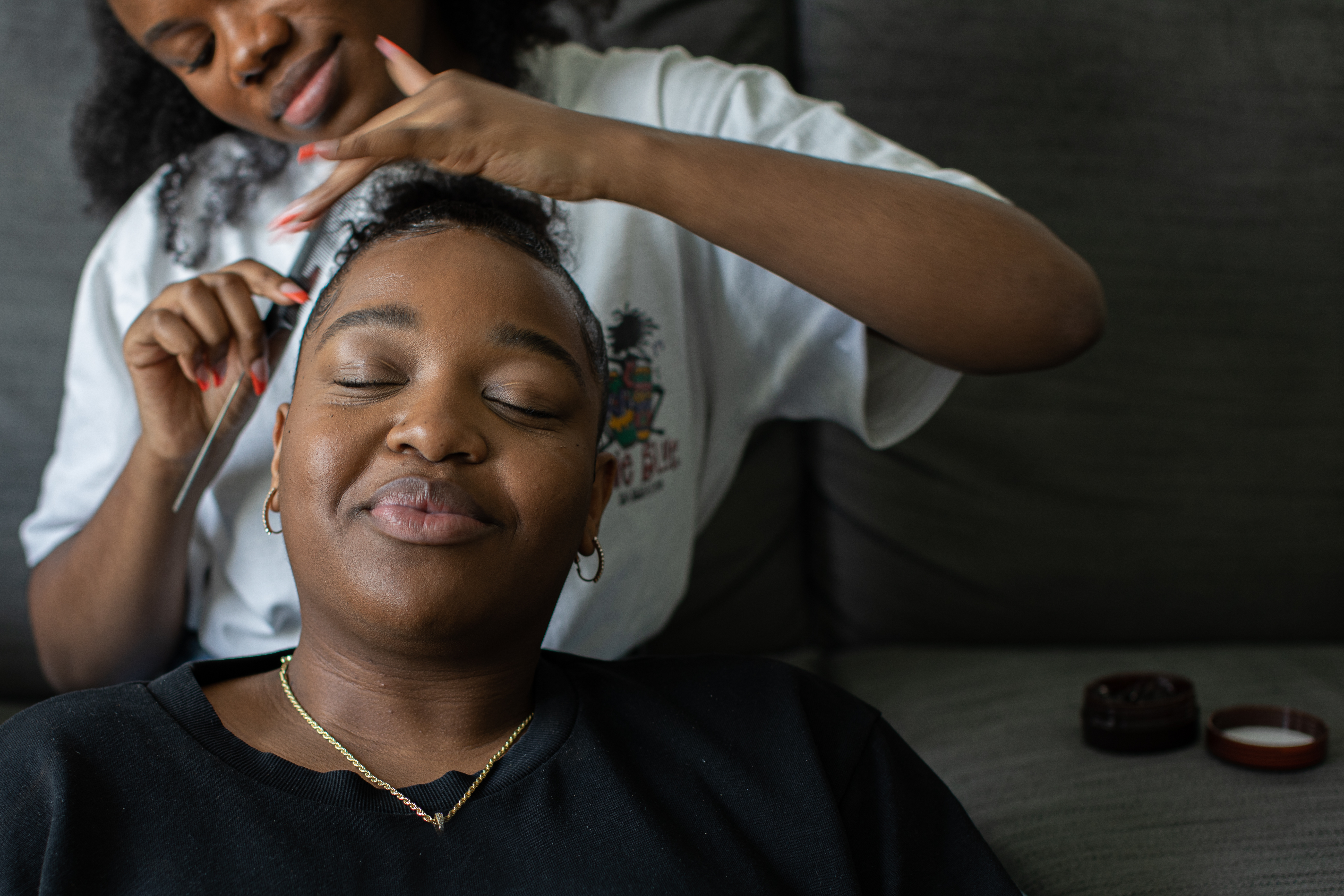 Research released today by feminist campaign group Level Up reveals that 95.5% of Black British women do not trust big beauty brands to sell them safe products.

Last year, the campaign group launched the #NoMoreLyes petition to try to halt the sale of hair relaxers that contain lye (sodium hydroxide) – a harsh chemical used in drain unblockers, are connected to a range of health problems among Black British women including scalp burns, hair loss and breast cancer.

The petition followed the release of damning research by Oxford University that found a link between long-term use of hair relaxers containing lye and a 30% increased risk of breast cancer for Black women.

Now, a year on, it seems there is still little trust in the beauty industry among Black women.

The results found that that 2 in 3 (63%) Black British women had experienced negative side effects from using hair relaxers, and 97% believe that hair products containing lye should be banned.

‘Many of these companies are making an effort to appear more inclusive and more environmentally friendly, but continuing to sell products targeted at Black Women which are known to cause harm,’ campaigner Ikamara Larasi tells Metro.co.uk.

‘It’s a huge inconsistency and it leaves us out of the conversation. Black women have expressed concerns for many years, even filing lawsuits.

‘How can L’Oreal say Black Lives Matter and continue to sell us lyes?

‘If they care about their consumers they should show us by making a public commitment globally to removing lye from their products. The price of beauty should never be our health.’

In a statement to the Independent last year, a L’Oréal spokesperson said: ‘The L’Oréal Group is committed to upholding the highest standards of safety for all the products it makes and sells. All the ingredients used in L’Oréal’s products are safe for use as directed and have been subject to a rigorous scientific evaluation of their safety, by our internal experts as well as independent experts.’

Level Up campaigners submitted a product safety request to L’Oreal to see details of hazardous ingredients and data on side effects for two of their hair relaxer products on March 14 2022, but the company has so far failed to respond.

Some women who took part in the survey said they had experienced permanent hair loss as a result of using hair relaxers at a young age.

‘I was relaxing my hair from the age of five until I was 24,’ said one anonymous survey respondent – the brand of product she used was not disclosed.

‘My mum started relaxing my hair from a young age due to having very thick hair and struggling to handle it. I had an allergic reaction to a relaxer which caused seborrheic dermatitis, and now from time to time I get an inflamed scalp which causes excessive itching.

‘I had to cut all my hair off due to bald patches and hair breakage.’

Another anonymous responder – a 33 year old woman from Manchester – said: ‘The hairdresser ignored me when I said it was burning my scalp, so it was left on longer, and I ended up with three areas on my scalp burnt to the point that I lost sensation.

‘I was 10 when this happened, I’m now 33 and still can’t feel anything in those three patches. I also have had concurrent issues with a dry and flaky scalp since that first time my hair was relaxed. Relaxers were the worst decision ever.’

Jamelia Donaldson, chief executive of Black hair company Treasure Tress, who conducted the research with Level Up, says: ‘Hair is such a crucial part of our identity as Black women, so it was absolutely heartbreaking to hear the traumatic first hand experiences of the Black women we surveyed, especially those who are dealing with long-term or permanent side effects of using lye based relaxers.

‘Trust, and brand reputation are key currency in the beauty industry “post” pandemic, an industry which is constantly striving to become more diverse. It’s our hope that serious and long term changes are made to protect Black Women and the products produced for them.’

L’Oréal Group was approached for comment about their products but are yet to respond. This piece will be updated if we receive a response.