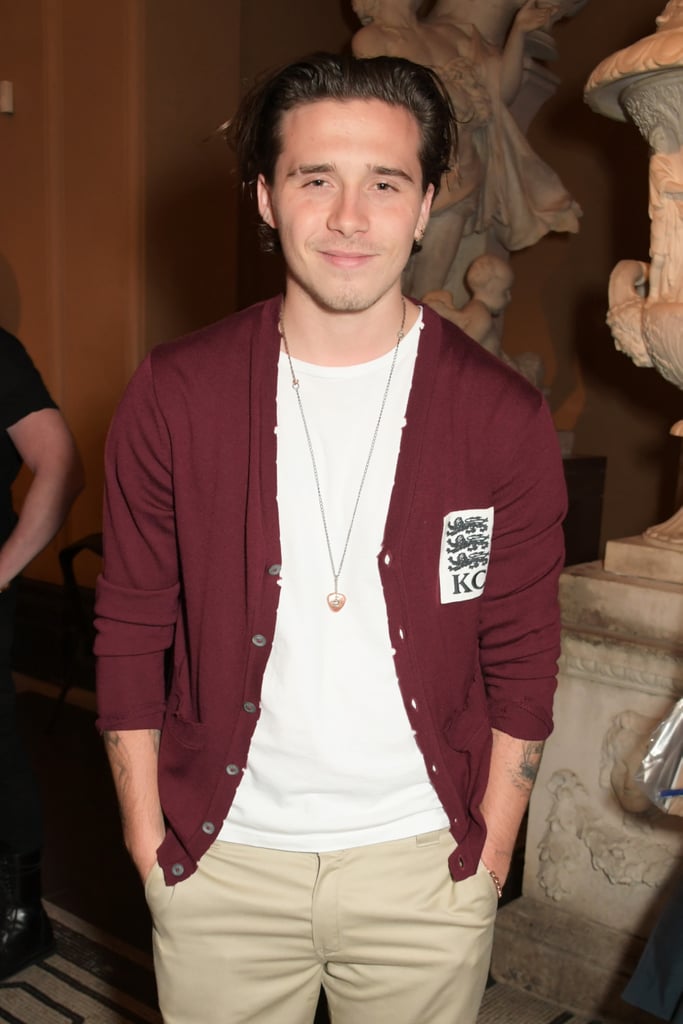 When it comes to Brooklyn Peltz Beckham’s tattoos, you can say the apple definitely didn’t fall far from the tree. Much like his former soccer-star dad, the eldest son of David and Victoria Beckham actually has a rather large collection of body art — and each one seems to be more meaningful than the next.

While many are nods to his famous family, his most recent designs have been dedicated to his wife, Nicola Peltz Beckham. Shortly after their April 2022 nuptials, he permanently etched his vows for her on his body. (Before that, he also got the actor’s eyes inked on the back of his neck, as well as the exact words of a love letter that she once wrote him.) In fact, according to a recent interview with USA Today, he shared that he has at least 70 (!) tattoos are in honor of her. “She always cries when I get her another tattoo,” he told the publication. “I always love to surprise her with new ink.”

The gesture is really sweet, but that’s not even close to the only meaningful pieces of body art he has. Peltz Beckham got his first tattoo back in 2017 from one of his dad’s favorite artists, and five years later, he now has a collection of approximately designs. Most of his tattoos are sweet tributes to his parents, his siblings, and his partner, but he also has a few others that are reflections of his personality and the things he cares about.

Keep reading to see them all (or, at least, all of the ones that are in plain sight).