Ariana Grande is no where near done getting tattoos, as is evidenced with her latest ink. The artist recently squeezed in another spontaneous appointment, sharing her latest creation on Instagram Stories. Ariana Grande got a Pokémon tattoo, where she got Eevee, the character known for evolution, on her arm. Even if you don’t follow pop culture closely, it would be hard not to know that the singer had a rough time these last couple of years. Not only did she survive a terrorist attack in Manchester during one of her shows, but she also lost her ex-boyfriend, Mac Miller to a tragic overdose, and had a whirlwind engagement and breakup with Saturday Night Live comedian, Pete Davidson.

The woman had to survive a lot this last year, so it’s no surprise that she felt a connection with Eevee. The character has a unique genetic makeup that suddenly mutates depending on what environment it lives in, making "adaptability" its strength and allowing it to morph into eight different Pokémon. This year Grande has been evolving — much like the Pokémon character —through all of these trials and hardships in her own life and environment. 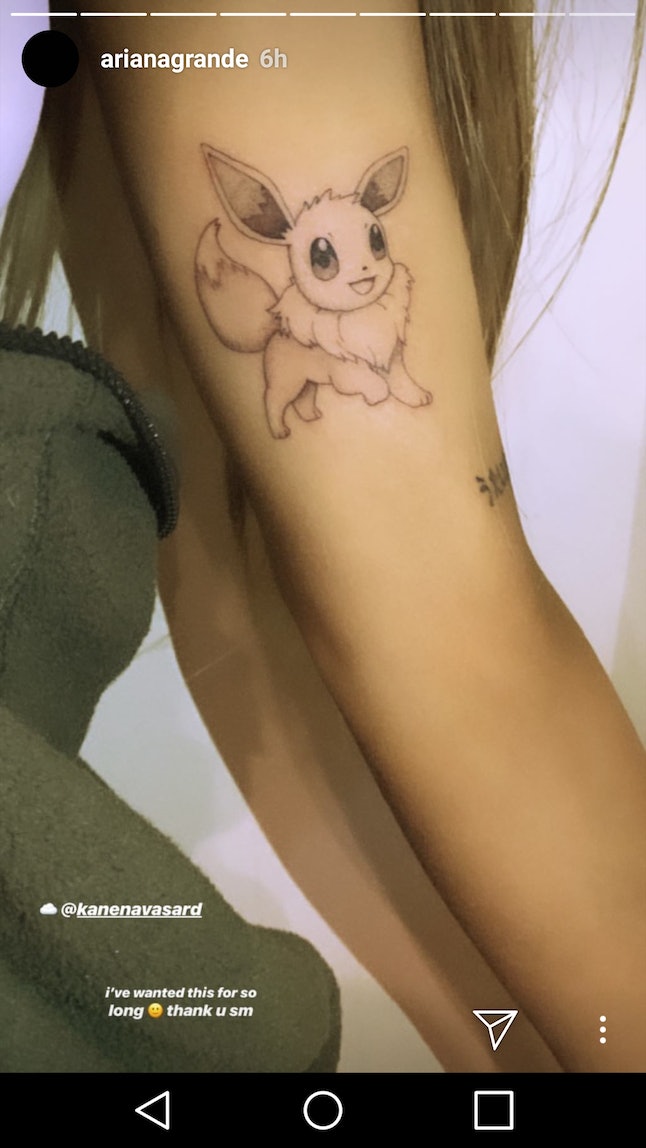 This devotion to Eevee doesn’t come as a surprise to those who follow the artist on Twitter, where just yesterday, Jan. 13, Grande talked about one of her favorite games to play on a day off.

A fan posed a question asking what kind of games she had on her Switch, to which Grande answered, "honestly. yesterday i had a day off and i played pokémon let’s go eevee for fifteen hours. honestly."

For those who play Pokémon: Let’s Go, they will know that there are two versions: Pikachu and Eevee. Yesterday one could have guessed she might have been a devoted fan of Eevee (she didn’t answer when followers asked which was her favorite Pokémon,) but seeing how she got the character inked on her arm, it settles the question.

While she might not be overly vocal about her love for the franchise, Grande is a major Pokémon fan, where she also posted about Pokémon Go on her Instagram when it was first released in July of 2016.

She is also a major fan of anime, and in September she shared a Spirited Away tattoo that she got on her arm in the shape of the main heroine, Chihiro, symbolizing her self-growth and maturity.

She posted onto Instagram Stories, writing, "Chihiro’s growth into a capable individual is a core factor to the movement of Spirited Away‘s plot. During her adventure in the Spirit World, she matures from an easily-scared girl with a child-like personality to match her age to a hard-working, responsible, and brave young girl who has learned to put her fears aside for those she cares for."

"To protect her friends and rescue her parents from a spell that has turned them into livestock, Chihiro sheds her former personality and adapts to her environment to become a courageous, quick-witted and reliable girl," Grande said. 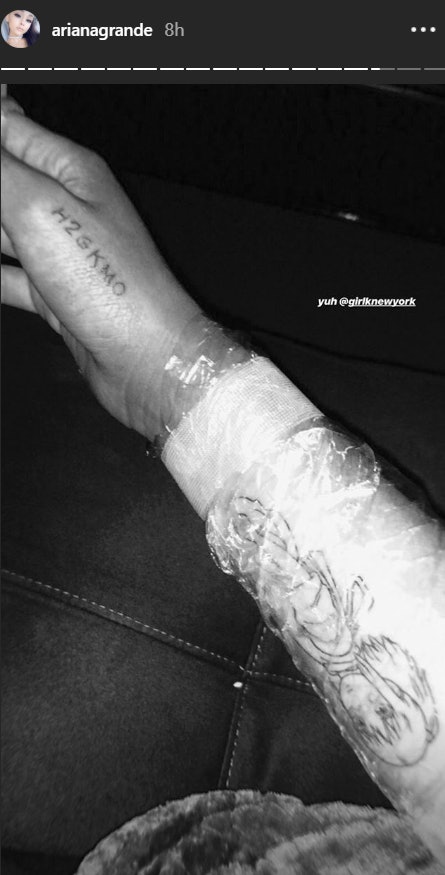 Grande finds strength and affirmation through her tattoos, and it’s inspiring to see what she comes up with each time.