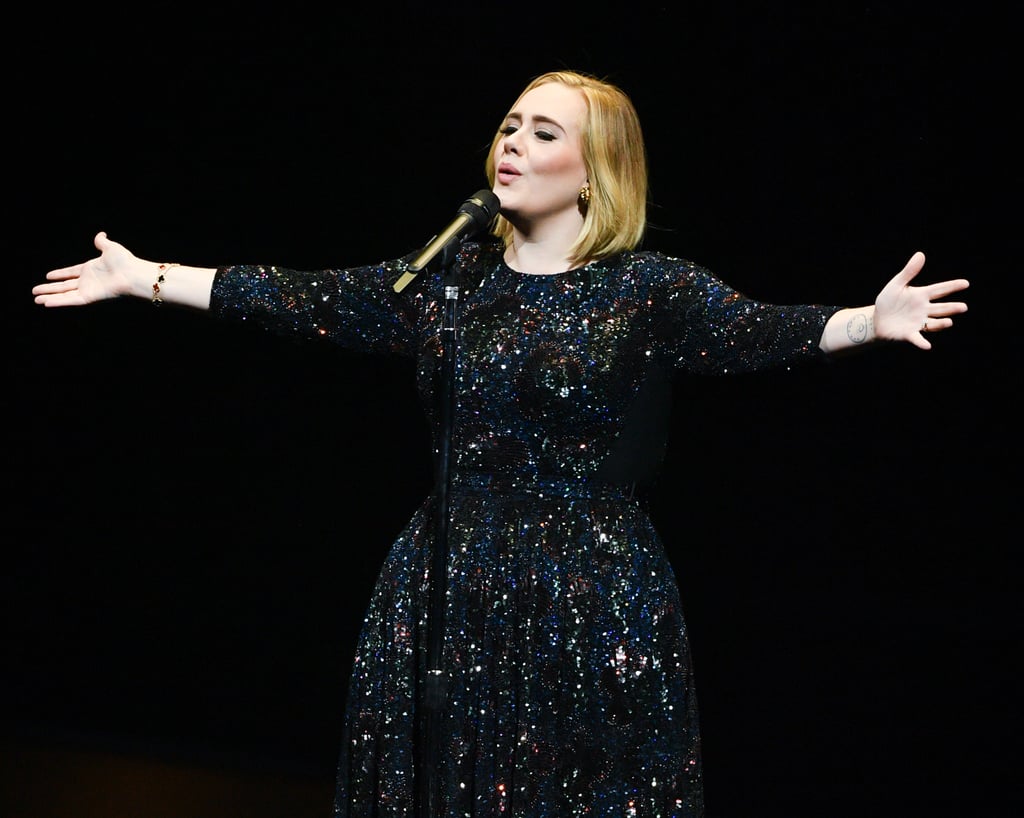 Any Adele fan is probably already well aware that the singer has multiple tattoos, but the meaning behind them had been kept quiet until recently. In her cover interview for Vogue, the singer opened up about the events in her life that led to two of her most meaningful pieces of ink.

On her right wrist is a tattoo of the planet Saturn with a drawing of Los Angeles in the middle that she got after experiencing a bout of anxiety after having to cancel two shows at Whembley Stadium back in 2017. The tattoo is in reference to her Saturn return, which, in astrology, is an event that occurs every 27 to 29.5 years, when Saturn completes its full orbit around the sun and returns to the position in the zodiac that it was in when you were born. Everyone experiences a Saturn return between the ages of 27 and 30, and they can often mark the beginnings and ends of major moments in your life.

“When that comes, it can rock your life,” Adele told Vogue. “It shakes you up a bit: Who am I? What do I want to do? What makes me truly happy? All those things.”

Adele also spoke about the conversation with a friend that led to her getting a tattoo of a mountain on her wrist: “I told my friend, ‘I feel like I’m on a steep mountain, trying to get up to the top,'” she said. “And she was like, ‘You will get there. And you’ll have a nice leisurely stroll down. And then there’ll be another f*cking mountain.’ And I’m like, ‘I’m not even over this one yet.’ And she was like, ‘That’s just life.'”

In addition to her Saturn and mountain tattoos, the singer has at least five others that we know of, including one that’s rarely seen in photos and reads her son Angelo’s name in special script. Read ahead to get a closer look.